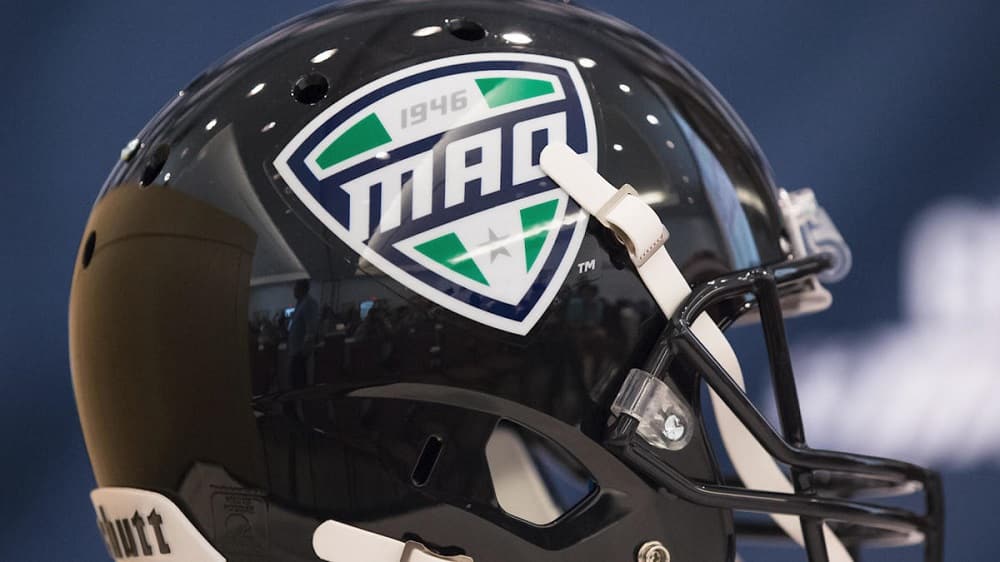 The Mid-American Conference might be the most difficult one for picking a conference champion. All of the teams, including the favorites, are deeply flawed in some way, shape, or form.

The conference got off to a really late start last season and teams maxed out at eight games, while some of them played as few as three games. We didn’t find out a lot about most of the teams. The conference had originally planned to play spring football alongside the FCS, but shifted gears and ended up playing a six-game conference schedule.

Most of the starting quarterbacks in the league are back, but the top two running backs are not and the league’s top coach moved on to Kansas, as Lance Leipold took a really tough job in Lawrence.

Parity has ruled the conference for the most part anyway, as every team in the league has lost at least 11 games over the last five years, so bettors will have to do some digging to find the best bets for the conference winner.

The odds tell you all you need to know about this conference. Sportsbooks are worried about getting overexposed on a popular, trendy team. The true long shots are the worst teams in the conference bar none in Akron and Kent State. You won’t find many other conferences in college football where the 10th-best team, at least according to the odds, is only 40/1.

There are five teams in single digits, with Buffalo the favorite down to Ohio as the fifth choice, coming in well below 10/1. Ohio hasn’t won the MAC title since 1968, despite probably being the most consistent team over the last 10-15 years.

Most conference favorites look like strong teams, but Buffalo looks pretty weak with 10 returning starters and a new head coach in Maurice Linguist, whose background is on the defensive side of the football as a safety at Baylor and a defensive backs coach at multiple stops, including a recent NFL stint with the Dallas Cowboys.

Based on the odds, Buffalo may benefit from a pretty weak East Division, where Ohio is the only team lined in single digits and Kent State is the next closest thing. Kent State does look dangerous with 18 returning starters and up-and-coming young coach Sean Lewis, who is likely to springboard to a bigger gig after the season. The Golden Flashes only got to play four games last season and their games averaged 88 total points, so the defense is a question mark.

The West looks wide open as well. Ball State has the shortest odds, but Central Michigan and Toledo aren’t far behind and Western Michigan has 19 returning starters.

The MAC definitely looks to be very competitive this season, but it does look as though you’ll get a nice pay day if you can pick the right team to emerge from this sea of mediocrity.

Ball State won the conference last year, besting Buffalo 38-23 in the MAC Championship Game. The Miami RedHawks won the year prior. Northern Illinois, Toledo, and Western Michigan won the three years prior to that and Bowling Green won in 2015. Over the last six years, we’ve had six different champions.

The MAC is a breeding ground for coaches, so coaches come and coaches go. Teams get into a form cycle and play well for a few years and then fade away into oblivion. Northern Illinois was a constant in this league with four conference titles from 2011-18 and six straight Conference Championship Game appearances from 2010-15, but the Huskies have fallen on hard times.

It can be a really tough conference to handicap from a futures standpoint because just about anybody can beat just about anybody else in a given week. Very little defense is played in this conference, so the games are high-variance and often high-scoring. That kind of environment does make it challenging to pinpoint a winner and the best team.

After all, Buffalo was a 13-point favorite against Ball State in the conference title game last year and lost outright by 15 points. Miami was +6.5 when the RedHawks knocked off Central Michigan in 2019. Northern Illinois was +3.5 against Buffalo in 2018. The 2017 Toledo Rockets were the last favorite to hold up in the title game and they were -21 against Akron. They won, but failed to cover.

Expect the unexpected in the MAC, where roster turnover and personnel changes are common and teams have a hard time sustaining consistency as a result.