The sports schedule in Tennessee is at its most exciting during football and basketball seasons, and this week’s list of Tennessee sporting events is no exception to that rule. Several sportsbooks that are available in Tennessee are running promotions for […] 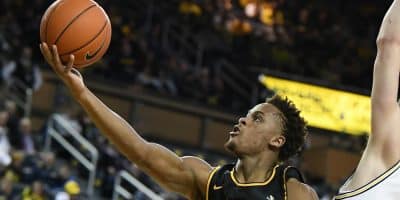 Check out the best betting pick and tips for the Appalachian State Mountaineers versus Tennessee Volunteers showdown, as the college basketball season continues Tuesday, December 15. Once again, legal sports betting in Tennessee is taking another step backwards. Earlier this week, the Tennessee Sports Wagering Council held a meeting in Memphis and they made the decision to draft a new set of rules and regulations. Tennessee […]

2019 continues to be momentous for the industry of legal U.S. sports betting as four states have now passed legislation. Montana was the first state to legalize, but Indiana and Iowa weren’t too far behind. Tennessee has officially become the […]

Two weeks ago, Tennessee was discussing whether or not a sports betting bill should be brought to a vote before the state’s House. Now, the House has finished discussing the matter and rendered a decision. In a very close 58-37 […]

Both Tennessee and New Mexico have made significant moves in the interest of sports betting on Wednesday. Tennessee had a controversial bill approved by vote in the state House, while a tribe in New Mexico has announced their plans to […]

The Tennessee Sports Gaming Act (House Bill 1) has passed a vote that’ll push it up to the Operations Committee of the Government. If it is approved there, it’ll be finally passed up to the House for a decision. Representatives […]

Legislative sessions have been quite busy this year when it comes to bills regarding sports gambling. More than ⅔ of the states in the country have proposed some form of bill leading towards expansion of gambling for sports within their […]

Tennessee Sports Betting Faces Opposition Ahead Of Next Weeks Vote

Tennessee had its most advanced discussion of legalizing sports betting in the state on Tuesday. However, some major issues still remain ahead of a potential vote in the coming weeks. The legislation, or House Bill 1, was originally written to […]