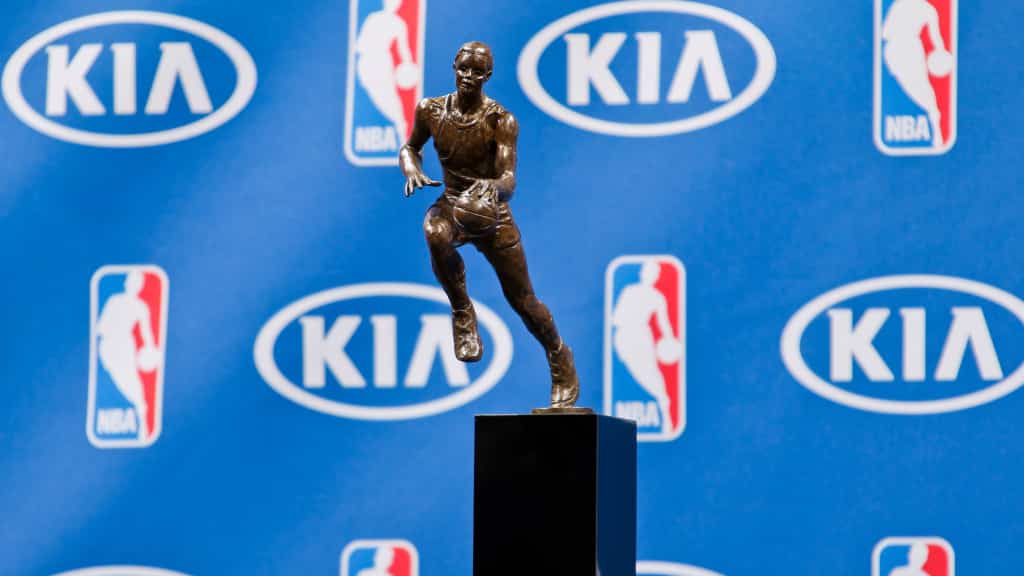 The NBA offseason is on the way with plenty of intriguing moves around the league, while the bookies have already announced the 2020-21 NBA MVP futures odds. The new season starts Tuesday, December 22, so it’s the right time to take a closer look at who might be the Association’s MVP in June next year.

According to BetAmerica, the Dallas Mavericks superstar guard Luka Doncic is the strongest fave to win the award in 2021. However, Luka will battle some stiff competition including the two-time reigning champ Giannis Antetokounmpo.

Can Giannis Make It Three in a Row?

The Milwaukee Bucks superstar Giannis Antetokounmpo will try to become the first player since Larry Bird in 1986 to win the MVP Award three years in a row. Not even Michael Jordan or LeBron James did such a feat, so the Greek Freak has a wonderful opportunity to enter the history books.

For two straight years, the Milwaukee Bucks dominated the league in the regular season, finishing with the best overall record. However, the Bucks failed to reach the NBA Finals on both occasions, but that didn’t prevent the Greek Freak from winning the MVP Award.

The Bucks’ playoff choking won’t help Giannis’ case this term, so the reigning champ will have to put on another tremendous performance and make a step further in order to join Larry Bird, Bill Russell, and Wilt Chamberlain as the only guys to win the MVP Award three times in a row.

Why Luka Doncic is a top fave?

Two seasons ago, Luka Doncic became the NBA Rookie of the Year after averaging 21.2 points, 7.8 rebounds, and 6.0 assists per contest. The 21-year-old Slovenian extended his dominance last season, tallying 28.8 points, 9.4 rebounds, and 8.8 assists per game while shooting 46.3% from the field and 31.6% from downtown.

Over the previous two years, Doncic has broken a few records, already establishing himself as one of the best players in the Association. Luka has recorded 27 triple-doubles thus far, and 17 came in the previous season even though Luka played 61 games due to injury problems.

If he stays healthy, Doncic will have another spectacular season, no doubt. He’s too good offensively for most of the elite defenders around the league, while the Dallas Mavericks have a few more players who can seriously help Luka to improve next season.

My money will go on Luka. I love this kid since he joined the professionals in Real Madrid six years ago. Doncic has a tremendous basketball IQ and some exceptional skills that can make him the best player in the world in the next few years.

Keep your eyes on Stephen Curry who missed almost the entire previous season due to a broken arm. The Warriors will be without Klay Thompson (Achilles tendon), so Curry will have to step up and lead Golden State offensively if they want to mount a serious playoff challenge.

Damian Lillard is another interesting pick, as the five-time All-Star is the Trail Blazers’ best player by far. He’s capable of recording some serious numbers, and Portland will certainly need the best from Damian in order to reach the playoffs.

The Lakers duo LeBron James – Anthony Davis will split the responsibility, while load management is a serious problem here, so I would avoid betting on these two guys. A similar story is with Kawhi Leonard, while James Harden is obviously unhappy in Houston.

Kevin Durant returns to the floor after a one-year absence due to a ruptured Achilles, so he’s another player to avoid. If you want to take a proper risk, Devin Booker is your guy, especially after a spectacular run in the bubble this past regular season.