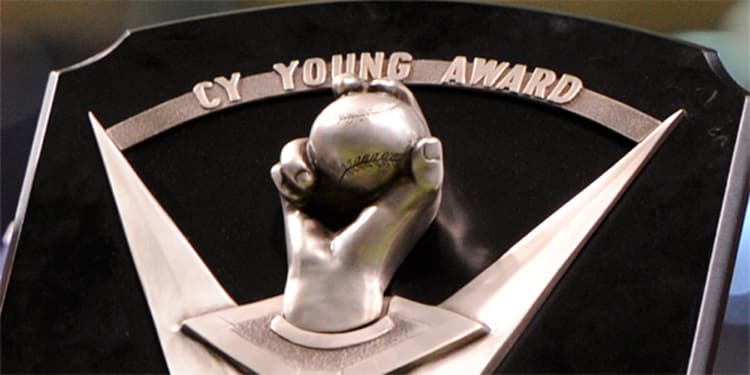 The Cleveland Indians can’t really take credit for Trevor Bauer’s NL Cy Young Award victory, and he’d be quite upset and voice his displeasure on Twitter if they did, but he and Shane Bieber were with the Indians in 2019. Corey Kluber has a couple AL Cy Young Awards on his mantle from 2014 and 2017 with the Tribe.

Unfortunately, outside of Bauer, there are no big Cleveland connections for the NL Cy Young Award this season, except for Carlos Carrasco and his long shot odds. The usual suspects are all at or near the top of the betting board as we examine the guys that make the most sense for the award that goes to the top pitcher in the league.

Before we get into the odds, I want to hit on a few prerequisites for the award. Up until Bauer’s win last season, one pitcher since 2003 fell short of 200 innings pitched. That was Clayton Kershaw in 2014 and he threw 198.1 innings with a ridiculous 1.77 ERA. Durability is really important here. In the National League, where pitchers are still inexplicably asked to hit, you have to eat up a lot of innings in order to be eligible for the award.

That makes sense because the only way to rack up counting stats like strikeouts and wins is to make a lot of starts and throw a lot of innings. To that end, Eric Gagne is the only NL reliever since Mark Davis in 1989 to win the award. It goes without saying, but don’t bet on a reliever.

Along with the 200-inning threshold, strikeouts are remarkably important. You have to go back to Brandon Webb in 2006 to find the first NL Cy Young winner that didn’t have at least 219 strikeouts. Trevor Bauer had 100 in 73 innings last season, so he was well on that pace.

National League voters seem a little more lenient on the pitcher wins side of things. Jacob deGrom won 10 games in 2018 and 11 games in 2019. Max Scherzer only had 16 wins in 2017. Kershaw also had 16 in 2014. Tim Lincecum had 15 in 2009. Voters seem less concerned about wins than they used to be. It would still be great for a pitcher to rack up wins, but voters, at least the NL ones, are increasingly focusing more on the advanced metrics and won’t punish a pitcher that does an exceptional job while pitching for a mediocre or bad team.

I don’t know in what universe Jake Arrieta has a better chance at the Cy Young than Kyle Hendricks, but I digress. Anyway, here are a couple guys I’m considering.

The starting point for me is Aaron Nola at +1200. Nola went the Kenta Maeda route, so to speak, in that he threw his changeup and curveball more often than his fastball. Maeda in the AL threw his slider and changeup more than the fastball. In Nola’s case, he set career Whiff% highs with his changeup, curveball, and also fastball. Nola had more swings and misses and fared better with his exit velocities and contact quality against.

Remember, strikeouts are a big part of the equation. Nola answered questions about his durability by throwing over 200 innings in both 2018 and 2019. He checks all of the boxes for me as a guy with new pitch usage that will contribute to positive developments and the requisite durability. He struck out 224 and 229 in 2018 and 2019 and would have been on pace for more than 250 with this new-look pitch arsenal.

The Phillies are a sneaky-good team to me and Nola is going to be at the forefront.

Luis Castillo was overshadowed by Trevor Bauer for the Reds. What happened to Castillo is arguably more impressive. He cut his BB% from 10.1% to 8.2%. He increased his K% from 28.9% to 30.5%. Perhaps of greater note is that Castillo’s K% was 23.3% just two seasons ago. The other huge development is that Castillo’s HR/FB% went from 17.9% to 12.5%, but we didn’t really see a huge improvement in the ERA department like we should have.

I would expect that we see that this season. Castillo added velocity and commanded the baseball better. He maintained an elite SwStr% while cutting down his home run rate.

If the Reds are the team to emerge from the NL Central, Castillo will have been a big part of it. I do think you could also make a case for Brandon Woodruff at +2500, but Castillo has more upside to me and is on a team that is actively trying to increase the spin rates for its pitchers. That will help Castillo carry the high strikeout rate. Woodruff’s swinging strike rate isn’t as high.

Castillo is +1500. He and Nola at +1200 are my two favorite considerations among the short prices.

Zac Gallen is still fun at +5000, but there will definitely be better prices available at other places on his Cy Young hopes. Shop around for the best prices and see what you can find. As far as these DraftKings numbers, specifically, I don’t see any long shots that I like.

In looking at FanDuel’s numbers, which should also be available to a lot of people, I don’t see much in the way of long shots there either. MVP and Home Run King are better areas to try long shot prices.

CLAIM YOUR WELCOME BONUS UP TO $1,000 AT DRAFTKINGS SPORTSBOOK 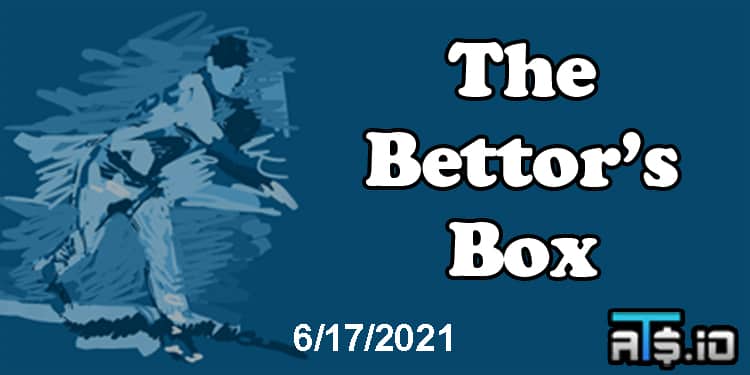