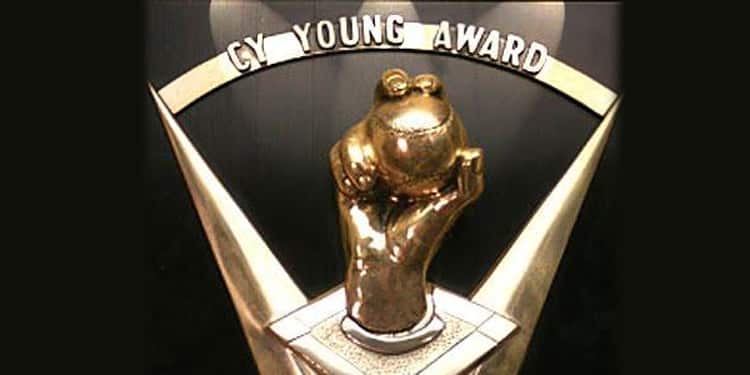 The American League Cy Young Award went to Shane Bieber last season. Bieber was listed in the 12/1 to 15/1 range. He is now the second favorite behind Gerrit Cole, at least according to DraftKings. That would usually be the spot reserved for Chris Sale or Justin Verlander, but both guys are out for a good portion of this season with their recoveries from Tommy John surgery.

Corey Kluber has two Cy Young Awards and he’s listed in the top 10 prices as he looks to rebound from a couple of injury-riddled seasons. With Kluber’s two and Bieber’s one from last season, the Indians have had three of the last seven and Trevor Bauer was on track to win in 2018 before a comebacker broke his shin and Blake Snell won.

The pitching factory on the shores of Lake Erie only has one name listed at DraftKings Sportsbook, but I’d look for a place offering either Zach Plesac or Aaron Civale futures. Plesac already made his leap, albeit in just nine starts, but I think he and Civale will be in the discussion when all is said and done.

However, all we can do are look at the guys that are listed here. Before we do that, a few words of wisdom on how to break this group of players down. Four of the last five full-season Cy Young winners in the AL have won at least 20 games. Rick Porcello, who had no business winning the 2016 Cy Young, is the only AL Cy Young winner since Cliff Lee in 2008 to have fewer than 200 strikeouts.

Durability is critically important here. You have to be able to rack up those counting numbers like wins and strikeouts and innings pitched. WAR is even a counting stat, in that the more games you pitch, the more wins above replacement player you can accumulate.

Keep that in mind as you break down this list of players and the others listed at other sportsbooks out there.

It is really hard to find any long shots worthy of consideration on this list. Hyun-Jin Ryu won’t have the strikeouts and neither will Jose Berrios, Lance Lynn, Dallas Keuchel, Marco Gonzales, and so on. Tyler Glasnow, Corey Kluber, Kenta Maeda, Jesus Luzardo, Luis Severino, Nate Pearson, Frankie Montas, Eduardo Rodriguez, and so on probably won’t have 200 innings.

This year profiles as a tough one to peg the Cy Young Award winner in the AL in a lot of ways. Gerrit Cole, Shane Bieber, and Lucas Giolito are the three favorites and my honest assessment is that one of the three comes away with the hardware.

It is entirely possible that the voters look a little more favorably on guys that fail to meet the inning thresholds, but I really think 200 strikeouts is a prerequisite with the ever-increasing K% marks in present-day baseball.

It certainly doesn’t make an exciting component to the 2021 MLB Betting Guide, but I simply don’t see a reason to get excited about anything that is further down the board. The honest truth is that most of these guys shouldn’t even be listed or should be at much longer prices. This list of odds is honestly pretty terrible, but I’ve been consistently listing DraftKings odds for these player and team futures as one of the most accessible books out there for bettors.

FanDuel Sportsbook has a more extensive list that includes Plesac at +3500. That price isn’t really good enough for me to take a piece of him. I’d rather see something in the +6000 range. Same with Lance McCullers Jr. at +4000. With his health risks, I’d rather see +6000 or +7000. If I found those guys at those prices, I’d be more interested.

Honestly, as much as it bums me out to say this, one of Cole, Bieber, or Giolito is winning this award in my opinion.

BET ON WHO WILL BE THE BEST AT DRAFTKINGS SPORTSBOOK