ATS » MLB » AL West Odds: Time To Go All In On The Oakland Athletics? 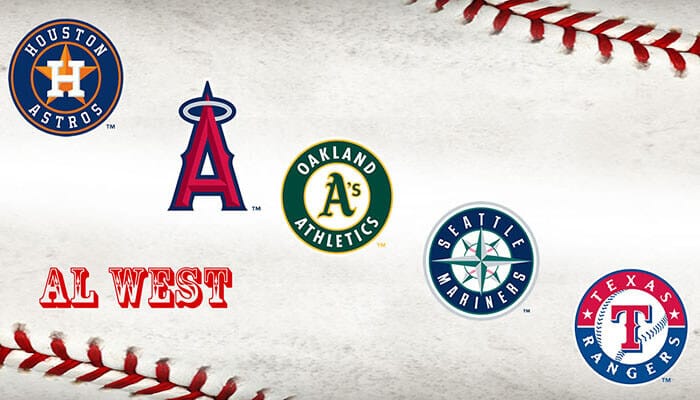 Heading into the coronavirus shortened 2020 MLB season, the Houston Astros were still expected to win the AL West despite losing Gerrit Cole to the Yankees (and any help from their trashcans).  The Oakland Athletics were thought to have a shot, but it was Houston’s division to lose.

Halfway through the season, it is starting to look like they will do just that. With injuries decimating their pitching staff and several bats getting off to slow starts, the Astros are no longer the favorites to win the AL West  (odds via WilliamHill.com):

The Mariners and Angels were not expected to be serious contenders when the season began, and they have followed through on their lack of promise. Texas didn’t really have much, either. With the trade of Mike Minor to the Athletics, it is clear that they aren’t thinking about mounting a second-half comeback.

The division was expected to be a two-team race when the season began, and it has become just that. Now, the question is whether Houston can get its act together and overtake the A’s, or if it is time to go all-in on the Athletics.

Oakland got off to a much stronger start to the season, going 11-4 in their first 15 games while Houston struggled to a 6-9 record. But the Astros offense has been slowly waking up since then. Heading into September, the Astros are 19-14, 2.5 games back of the Athletics (22-12).

Overall, the A’s pitching staff has a 3.51 ERA, the second-best in the American League. Houston, on the other hand, ranks seventh with a 4.21 ERA. However, while the difference is significant, the A’s staff is (or at least was) in dire need of help.

But, thankfully, their bullpen has been lights out. They currently lead baseball with an ERA of 1.87. Houston’s, on the other hand, ranks 13th with an ERA of 4.30.

So, if the A’s can improve their starting rotation, they could lock down the AL West title sooner rather than later. That is the hope, of course, with the acquisition of Mike Minor from the Rangers.

If you look at his stats for this season, it is hard to see where he can help. Of his seven starts with the Rangers this season, the team only won two, but he didn’t factor into either decision despite pitching well. His other five starts—well, they were terrible.

But Minor was an excellent pitcher the previous two seasons for the Rangers. Oakland is likely hoping that guy will show up.

So—how should you bet? Is it time to go all-in on the Athletics to win the AL West? No. No, it isn’t. There is no guarantee that a change of scenery will get Minor back on track. If Houston can continue improving on offense and get a few pitchers healthy, they will give the Athletics a run for their money down the stretch.