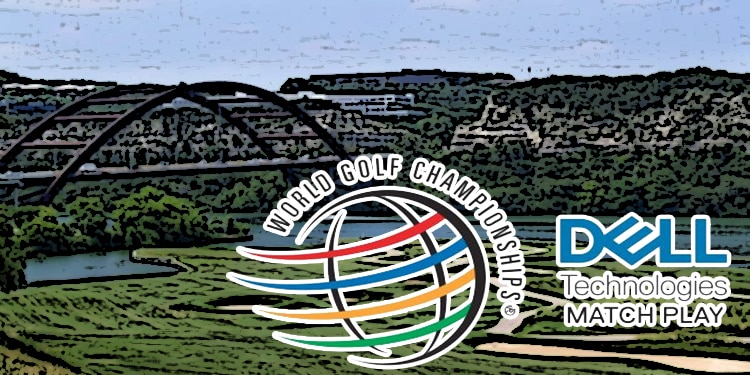 Brackets are all the rage in the month of March. Therefore, it seems pretty fitting that the golf world would get involved in the fun with the WGC-Dell Technologies Match Play at Austin Country Club. This is one of the more unique tournaments of the season because of the Match Play format and because there are some players that really thrive in that environment and others that don’t.

Take Ian Poulter for example. In his pro career, Poults is 43-18-5 head-to-head in various Match Play events. Jason Day is 24-11. Big Cat Tiger Woods is 53-17-2, but we’ll be missing him for this year’s event as he keeps recovering from his car accident.

Some guys like it and some don’t. Some guys got favorable Group draws and others didn’t. We have a lot more than usual to handicap this week, but a lot of guys will look more at the head-to-head matchups than the outright picks to win.

This is also the type of tournament that is unique in that you have a new match for each player on Thursday and Friday after the first round of matches on Wednesday. It’s like head-to-head betting for matchups throughout the course of a regular event, but these are actual head-to-head events in this tournament instead of hoping one guy finishes better than the other in stroke play.

Let’s give some credit where it’s due to DraftKings Sportsbook. They already have the Round 1 Head-to-Head matchups for Wednesday posted with three-way betting and it sure looks like they will be doing that daily for the tournament.

You can sign up with DraftKings and get up to a $1000 Deposit Bonus when you sign up through ATS.io.

The format is pretty simple here. It is a Match Play tournament. Play starts on Wednesday and the golfers in each Group will play on Wednesday, Thursday, and Friday. The best records (with H2H tiebreakers) will advance from the group play into the “Sweet 16” on Saturday.

Here are the 16 Groups for the 2021 WGC-Dell Technologies Match Play:

Three matches comprise Group Play, so every player will play every other player in the pod.

DraftKings has lines for all of Wednesday’s matchups to go along with the outright winner odds. When it comes to the outright winner odds, consider the group that the player randomly drew. For example, Tyrrell Hatton seemed to get fortunate with Lee Westwood, Sergio Garcia, and Matt Wallace. Sergio is a veteran of Match Play to be sure with a record of 37-28-4, but Hatton is 10-6-1 in his career in Match Play, so he’s done well. Westwood is a pretty average player in that format.

Hatton is +3300 to win the tournament. You really want to make sure that you are finding a player with a good chance to make it out of Group Play. Hedging is easy with this bracket format if you get a guy into the Top 16.

Similarly, while he’s stuck in a bracket with Rory McIlroy, Ian Poulter has that awesome record we referenced above and he is +10000. He thrives in Match Play action and guys like Lanto Griffin and Cameron Smith don’t have nearly as much experience in this format. If Poulter can beat Rory in that first matchup, and he’s +175 in three-way betting to do it, that looks like a good bet.

This is a tournament that requires a lot of research and four days worth of betting, but there is money to be made.

For a different perspective on the WGC-Dell Technologies Match Play, check out this video preview for Brian Blessing: