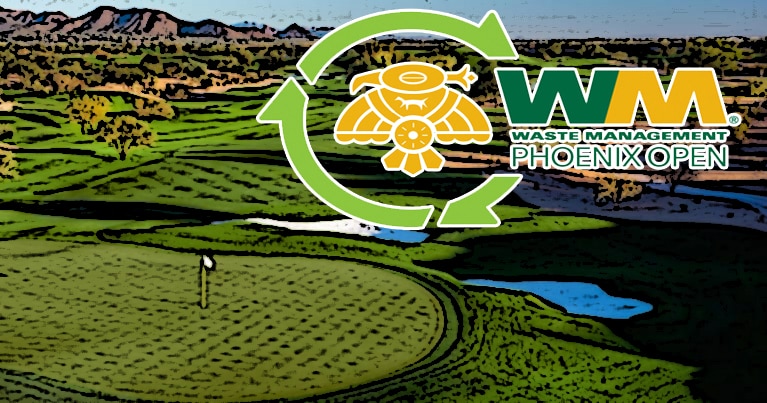 The Waste Management Phoenix Open has always been a very nice appetizer to the main course on Super Bowl Sunday. The unfortunate thing is that four of the last five tournaments have gone to a playoff, which typically ends up taking place during the first quarter of the football game.

As a result, some viewers and bettors have probably missed some really good endings, but the Phoenix Open is one of the best non-major golf tournaments of the year. Sadly, the environment and the atmosphere will be greatly subdued because of COVID-19 protocols. This is annually one of the most attended events of the PGA Tour calendar. Up to 5,000 spectators will be allowed per day at TPC Scottsdale with this wretched illness still a big part of American life.

It will make things a lot different on the iconic par 3 16th “Stadium” hole. Fewer drunks will be wandering the paths on the way to 16. Fewer heckles will be heard. Some players might like it. Some players embrace the chaos more than others and they will miss it. All we know is that it will be a lot different in Arizona this week.

Take one look at the odds board and you’ll immediately see the strength of this field. Jon Rahm is the +625 favorite at DraftKings as he returns close to his old stomping grounds of Arizona State. Justin Thomas is +775 with back-to-back third-place finishes at this event. Xander Schauffele’s price is down to +860, so the days of getting value on Schauffele in the upper teens appear to be over.

It is actually a guy like Rory McIlroy at +1150 that probably has value, given that we rarely see a double-digit number on Rory. On the other hand, Rory hasn’t won a PGA Tour event in more than two years. His last win was the WGC-HSBC Champions on November 3, 2019. He won five times during the 2019 calendar year. He hasn’t won since on either the PGA Tour or the European Tour.

This is a top-heavy field based on the odds, which means we should see some good values in the mid-range guys.

TPC Scottsdale is a good track for the players. A lot of guys regularly play this event, so we have a lot of course form data, and it is a venue that doesn’t have a ton of bias. Ball strikers perform well here, as they do at most courses, but you don’t have to be a bomber. You have to be solid in a lot of areas. Those willing to trade distance for accuracy can do well here, but if you hit the ball too short, you can wind up with some long irons to the green complexes.

One of the best parts about betting on golf at DraftKings is that you don’t just have to try and pick the winner out of a field of 130 players. Props like top-10 finish or highest finisher by nationality are always available. You can bet on matchups and groups. You can bet on a lot of different things that may not have a 20/1 or higher return, but certainly carry a lower degree of risk.

Before we get to some of those, let’s throw a few educated darts at the outright winner board.

Daniel Berger is the short price I like at +1700. He played well in Hawaii with a couple of top-10 finishes before taking the first two California weekends off. Berger has a well-rounded game as a great ball striker and usually grades better as a putter than some of the others. Berger missed the cut here two years ago, but has three top-10 finishes in six starts and finished 11th in 2018.

The +5000 price on Will Zalatoris is too high. Zalatoris racked up his 14th top-10 finish since the start of 2020 last weekend at the Farmers Insurance Open. He consistently played well on the Torrey Pines South Course and was shaking off quite a bit of rust. As a young guy, he would probably embrace the atmosphere here, but it will be quieter and less stressful for players that might not like the crowds and the noise levels. Zalatoris has never played this event, but he’s clearly a guy that will win sooner rather than later and we might as well try to hit some 50/1 prices before he keeps ripping off top 10s and gets priced like Schauffele, Hovland, or the others.

A bigger price to look at is Byeong Hun An at +8500. An has finished in the top 25 in all four starts here and played great in The American Express. The length of Torrey Pines really hurt him last week, as he struggled on the South Course. It’s probably for the best because another good finish would have had him more like 60/1. An is an inconsistent putter, but when he gets it going, he can make some moves and he’s played very well here before.

Don’t be afraid to take some chances this week on some price plays. The field is a bit top-heavy, but some excellent players are at great prices.

Speaking of groups, something like Zalatoris at +350 to best Ryan Palmer, Louis Oosthuizen, Scottie Scheffler and Rickie Fowler in Group C is a good bet.

Doc Redman is +550 for a top-20 finish. He’s a great ball striker and iron player. This seems like the type of course that would fit his game.

Options like that are available all over the place at DraftKings and you can get up to a $1,000 Welcome Bonus for the Waste Management Phoenix Open.

SIGN UP AT DRAFTKINGS SPORTSBOOK FOR A WELCOME BONUS UP TO $1,000