We’ve got a good run of golf tournaments for the next several weeks. The PGA Championship is less than a month away. The U.S. Open is now less than two months away. The Open Championship remains up in the air with the COVID-19 pandemic, but hopefully there will be a safe way to get all of the players to Royal St. George’s for the last major on the calendar.

This week’s tournament is not a major, though the Valspar Championship is one of the more challenging courses in golf. The Copperhead Course at Innisbrook Resort and Golf Club in Palm Harbor, Florida has been the one and only host for this tournament, which started back in 2000 as a late-summer event.

Three times 10-under has been the winner since 2013 and three times a single-digit score has been good enough to take down the title at what is thought to be one of the toughest courses on the PGA Tour slate.

We’ll use odds from DraftKings Sportsbook to see who the lucky winner might be this week and to also look at some prop betting options and opportunities for the Valspar Championship.

Dustin Johnson – You Are NOT The Favorite

It feels like Dustin Johnson is in a field and not the favorite for the first time in forever. Justin Thomas is a worthy favorite at +1000, as the PLAYERS Championship winner does come into the event in better form than Johnson. We haven’t seen a ton of JT so far in 2021 with the passing of his grandfather, but he’s played extremely well when he has been on the course.

Corey Conners and Patrick Reed are lined at +1800 per DraftKings and Conners projects to be an extremely popular pick this week. He checks all of the boxes here, as we’ll talk about in a little bit, and arguably no one in the field is in better form than the Canadian. Paul Casey and Viktor Hovland are at +2200. Casey is the two-time reigning champion here in 2018 and 2019 with the 2020 version canceled due to COVID.

Tyrrell Hatton and Sungjae Im round out the players in the 20s, while Abraham Ancer, Russell Henley, Scottie Scheffler, Jason Kokrak, Joaquin Niemann, and Louis Oosthuizen round out those lined in the 30s.

The Copperhead Course at Innisbrook is a tough one. A close comp for this track is Muirfield Village, where the Memorial Tournament is held annually, per DataGolf. Winning scores have been lower for the most part at the Memorial than what we’ve seen here, but you don’t see guys in the upper teens very often and Tom Lehman is the only one to get into the 20s. Jon Rahm won there by three shots last year at 9-under.

One key difference is that Muirfield Village is a par 72, whereas Innisbrook boasts a par 71. As we’ve seen a lot this year, those par 5s really matter as scoring holes, especially when so many players can get to them in two shots.

Driving accuracy is a big deal here. Length helps, as it always does, but getting set up for a second shot to well-protected, relatively small greens is the best skill for players. Strokes gained approach matters every week and that is true of this course and this handicap as well.

It is safe to say that Paul Casey has had success here with back-to-back wins. Patrick Reed has a couple runner-up finishes on this track, though he missed the cut badly last time here in 2019. Jason Kokrak was one of two runners-up in 2019 along with Louis Oosthuizen, who is in good form and has a short price this week at +3500. Kokrak is lined the same.

Henrik Stenson and Luke Donald are two veterans whose names aren’t mentioned much on leaderboards anymore, but Donald is a past winner here. His 2012 win is the only one between the two, but Stenson has three top-11 finishes in his last five starts at this course. He scored a top-25 here in 2019. We’ve seen guys like Stewart Cink and Lee Westwood turn back the clock lately. Maybe Stenson and/or Donald can do the same.

Ryan Moore is second in driving accuracy this season, albeit in 24 measured rounds, but he’s got a couple of top-five finishes here. Adam Hadwin won in 2017 and was 12th in 2018.

A lot of the big names don’t regularly play this course and the types of players that succeed have changed over the years. A lot of the guys with high finishes here are either past their prime or aren’t really that consistent anymore.

As far as current form goes, that’s probably where you’d rather look this week. The Copperhead Course forces players to play well in all facets of the game and guys with recent high finishes seem to be excelling in a lot of areas right now.

Conners is a guy on a heater at present. He struggled in the match play, but has five straight top-15 finishes in stroke play events and seven top-10 finishes since the calendar flipped over with the U.S. Open. He hasn’t won one yet, but he’s going to and it could very well be this week at +1800.

Sungjae Im, who was a top-10 finisher here last year, has three top-20 finishes in his last four starts. He’s a guy that plays really well in a lot of facets of his game, which is what you need at Innisbrook.

Others with longer odds that have played well lately are Brandon Hagy at +40000 with a second at the Honda Classic and a 17th at the Valero Texas Open, Chris Kirk, who has three top-25 finishes in a row at +5500, and, of course, favorite Justin Thomas with his PLAYERS Championship win.

As far as outrights go, Conners and Kokrak are definitely on the list as picks. Conners has a very strong chance at winning this tournament with his skill set and how he has played so far. His putting is a little better than average this season, which was the only thing holding back his exceptional ball-striking. He’s even top-10 in driving accuracy, a key metric this week.

A top-20 finish for Kevin Kisner doesn’t seem out of reach at +275. Kisner hasn’t played overly well here, but he’s an accurate driver and a good putter. It seems like the sort of course that should play to his strengths. Similarly, Keegan Bradley, who is actually in good form right now, is +275 for a top-20 finish. He’s in the top 10 in SG: Approach.

Keep some of these names in mind for matchups as those get posted also.

For another perspective on the tournament and some picks, here’s what Brian Blessing had to say on our ATS YouTube page: 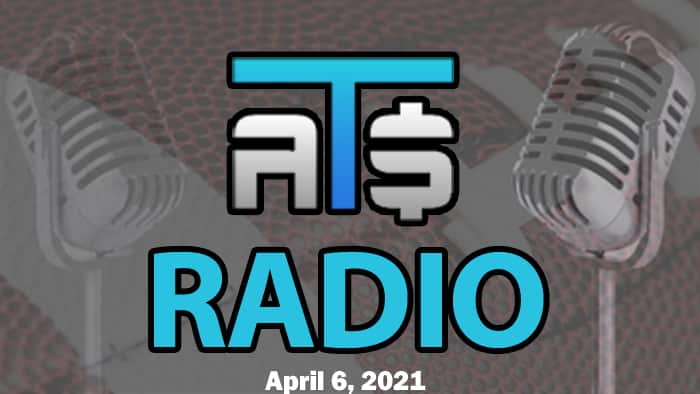