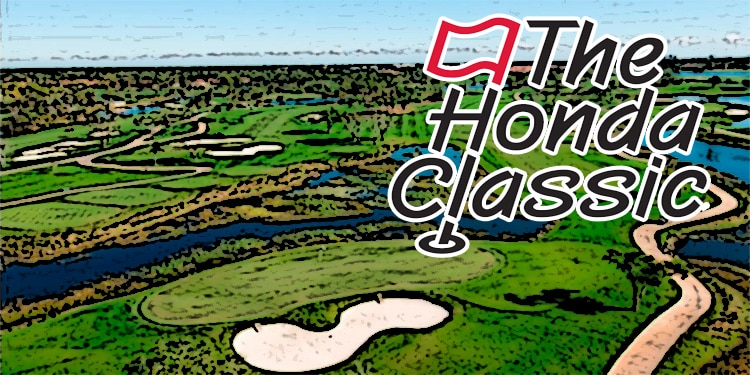 It seems like quite a few golfers will be like the rest of us this weekend and put our feet up to watch March Madness. A watered-down field is on hand at PGA National for The Honda Classic. There aren’t many big names in the field with the WGC-Dell Match Play on the calendar for next week and then a trip to San Antonio for the Valero Texas Open before the 2021 edition of The Masters at Augusta National.

It has been a busy calendar and with COVID still looming, though not as much of a concern, the players are happy to step away for a bit whenever they get a chance. It seems as though that chance is this week.

If you don’t want to step away and want to add golf to your handicapping to-do list with the NCAA Tournament this weekend, check out DraftKings Sportsbook, where you can get up to a $1000 deposit bonus with your first deposit.

This par 70 only features two par 5 holes. There are a lot of long par 4s and winds can be a major factor with a flat, open course. There aren’t a lot of trees to deflect the breeze, so whipping winds can be a real challenge for players. Club selection is important. So is being in the fairway to have options. A lot of the holes are pretty straightforward, so errant shots leave awkward angles to the greens.

The iconic Bear Trap of holes 15 through 17 is sure to trip up its fair share of players this week.

With a WGC event next week, The Masters two weeks after that, and then a lot of tournaments that sponsors will ask their guys to play like the RBC Heritage, Zurich Classic, Valspar Championship, Wells Fargo, and AT&T Byron Nelson prior to the PGA Championship, this was a good week to catch a blow.

Interestingly, we do see some veteran players on hand that don’t usually play this event. Guys like Henrik Stenson, Pat Perez, Kevin Chappell, Chez Reavie, Steve Stricker, and even Phil Mickelson, who hasn’t played here since 2016, are in the field. Maybe everybody is inspired by what Lee Westwood has been doing.

At Home at the Honda

As mentioned above, this course is, well, a Bear, if you’ll pardon the pun. The Nicklaus design is very tough and consistently playing well here is quite an accomplishment. Benny An has two top-five finishes in his last three starts and Berger has two in his six career starts. Wyndham Clark has finished 11th and seventh here the last two years.

Luke Donald has four since 2008, but none since 2015. He did finish 11th last year. Rickie Fowler, who won here back in 2017, has four top-seven finishes since 2012, but has missed the cut in two of the last three years and just doesn’t look good right now. Lucas Glover has been feast or famine here with four top-25 finishes to go with four missed cuts since 2013.

Lee Westwood was fourth last year, has four top-10 finishes since 2010, and has those back-to-back runner-ups…

Picks & Predictions for the Honda Classic

However, I will be fading Westwood this week in matchups. The 47-year-old admitted to being tired in the final round on Sunday and that he had a round scheduled at Augusta National with his son on Monday. That is a lot of golf for him in a short period of time and a lot of high-pressure shots. He is +163 to miss the cut and I like that bet.

NeSmith is actually on my list of outright picks at +9000. He has some of the best ball striking stats of the players in the field this week. With so much uncertainty and inconsistency with the players in this field, props and matchups are better ways to go.

Coverage of The Honda Classic will be on Golf Channel and NBC.

For another perspective on The Honda Classic, check out what Brian Blessing had to say on our ATS YouTube: