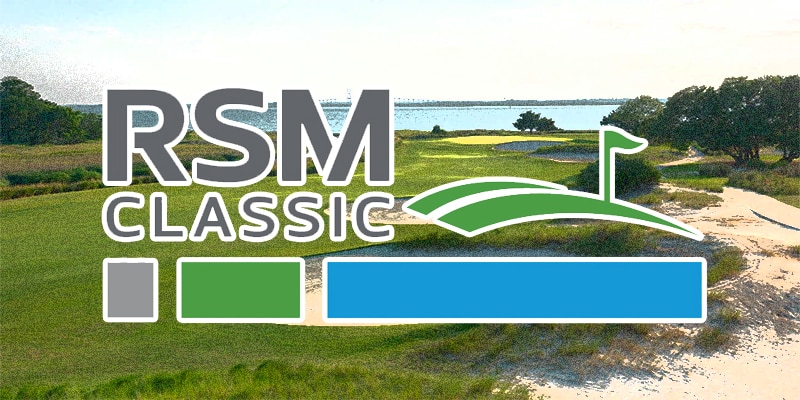 The RSM Classic is a putting tournament. The PGA Tour players at Sea Island Resort won’t have to contend with windmills or a clown’s mouth, nor will they get a free round for a hole-in-one on 18, but putting for show and for dough will be the goal this weekend.

The RSM Classic is a unique tournament. It has a much larger field of 156 players and the first two days are played on two separate courses. The Seaside Course is a par 70 and will be used for both days on the weekend. The Plantation Course is a par 72 and players will be on that track on either Thursday or Friday, depending on how the tee times and the pairings fall.

With only two golf tournaments left in 2020, a lot of players decided to stay in Georgia and go from Augusta to Saint Simons Island to get in some more swings, pick up some more FedEx Cup points, and maybe even qualify for the next Masters, which will hopefully be unimpeded in April.

Before we look at the odds from BetMGM Sportsbook, it is worth noting that several players live on or around Saint Simons Island, including Harris English, Matt Kuchar, JT Poston, Patton Kizzire, Brian Harman, and Zach Johnson. English has the shortest price of any of those guys at +2800, as he is in the best form, but Harman is 50/1 and Johnson is 70/1, so there are some really good price plays for the local golfer angles.

Raleigh, North Carolina native Webb Simpson is the favorite at 10/1 after his top-10 finish at The Masters last weekend. Simpson is a two-time runner-up at the RSM Classic, which some may still lovingly refer to as the McGladrey Classic. Simpson also has a third and a seventh here. He hasn’t finished outside the top 17 in his last six events, so he is in great form and heads to a course that he has played well at in the past.

Sungjae Im won himself a million for finishing second at Augusta National, but there ain’t no rest for the wicked, as Im is right back in this field at +1800. Tyrrell Hatton has the same price. Tommy Fleetwood and Matthew Fitzpatrick are at +2200 and +2500, respectively.

Russell Henley has had some high finishes here. He is the shortest price of anybody that did not play in The Masters. Prior to The Masters, Henley was third in the ZOZO Championship and fourth in the CJ Cup, so he comes into this event in fine form at +2800.

So, why is this a putting tournament? Well, it is a much shorter course than what we are used to seeing nowadays. Both courses are under 7,100 yards usually, with one a par 70 and one a par 72. In terms of hitting fairways and greens in regulation, this course usually ranks up near the top of the list each year. That means that a lot of players are on the putting surface staring down birdie or eagle putts.

The winning score has been at least 17-under each of the last five years, which can be tricky when 54 of a player’s 72 holes are on a par 70 course. We’ve also seen a playoff in three of the last four years. Tyler Duncan was a maiden winner last year in a playoff over Webb Simpson.

Putters are my focus this week and there are some at great prices at BetMGM. You cannot talk about putters and skip over Denny McCarthy, who is 70/1 this week. McCarthy, who led the PGA Tour in SG: Putting last season, has two top-10 finishes over his last four events, so he’s been playing well. He’s also made five straight cuts. He finished eighth here last year in his third RSM Classic start.

Kristoffer Ventura is my favorite play on the board. You can get him at 125/1 and he is a guy that generally putts very well. Ventura missed the cut here last year because of his putting. Ironically enough, Ventura was second in SG: Tee-to-Green, but the putter failed him and he was among many that missed the cut with good strokes gained numbers. Ventura was fourth on the PGA Tour in SG: Putting last season and already has a couple of top-10 finishes this year at the Sanderson Farms Championship and the Safeway Open.

A short price, like Kevin Kisner at 40/1 or Brendon Todd at 55/1 could very well win with the shorter course length and good putting skills, but I’m also looking at Mackenzie Hughes at 66/1. He’s a past winner here and a great putter in his own right. Hughes was seventh at the Vivint Houston Open with a final round 63 and he has four top-10 finishes in his last seven events.

It’s still early in the week, but keep in mind that a lot of matchups will be available, as well as 3-balls and props. If you dabble in those markets, look for guys that can putt and also guys that are well-known for playing well in windy conditions, like the other Atlantic seaboard courses, Mexico, and island events. That would include guys like Pat Perez and Alex Noren, who sees all kinds of wind on both the European Tour and the PGA Tour.