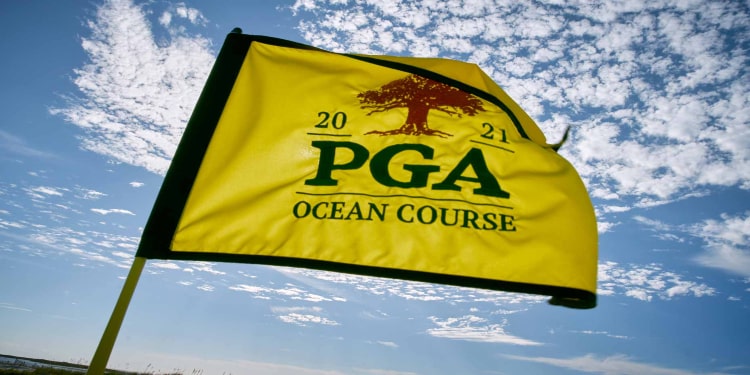 The 2021 PGA Championship has already set a record before the tournament starts. The Ocean Course at Kiawah Island Golf Resort will officially be the longest course to be played for a golf major ever. And it isn’t even close.

Erin Hills holds the record from the 2017 US Open and will plate in comparison to the monster that is the Ocean Course. The course length is expected to be over 7,850 yards this week in South Carolina and windy conditions on the shores of the Atlantic Ocean are going to make some holes even longer.

The signature event for the PGA begins on Thursday May 20 and runs through Sunday, weather permitting, and we’ll break it all down for you right here at ATS with odds from DraftKings Sportsbook. Sign up at DraftKings now and get up to a $1000 Deposit Bonus.

This is a really interesting tournament in terms of the betting odds. Rory McIlroy is the +1150 favorite, having won the PGA Championship at Kiawah Island back in 2012, when the course played about 200 yards shorter than it will be this week. Rory had gone an eternity without a win in a PGA Tour event prior to the Wells Fargo Championship, but he’s the clear favorite here.

Jon Rahm and Justin Thomas share co-second-favorite honors at +1450. Jordan Spieth, Bryson DeChambeau, whose length is very much a weapon here, Xander Schauffele, and Dustin Johnson are the others priced below 20/1. Viktor Hovland is right on 20/1 and then we jump to Daniel Berger and others at 30/1 or higher.

What makes the odds so interesting here is that a lot of the favorites and guys at the top of the board have played sporadically of late. The Masters was last month and a lot of players have had maybe one or two starts since. They are all world-class players, but current form data points are few and far between.

The Ocean Course at Kiawah Island

This is going to be a gorgeous venue for golf and over 10,000 spectators per day will be on hand, so it should be a loud and excited crowd. The Ocean Course is long and the green complexes can be challenging, but there are some wide fairways here and the course is largely forgiving as a whole.

The biggest factors for the players this week are length and wind. Windy conditions on the coastal course will make holes longer, alter club selection, and could push approach shots off-line. Missing fairways isn’t as big of a deal here because the fairways are huge and hard to miss. If you miss them, well, you hit a bad tee shot.

This is a par 72, but a beast at over 7,800 yards in length. Six holes come in at more than 500 yards. Depending on wind direction, there will be a lot of players that need three shots to get to the dance floor, so par will be a solid effort on some holes.

Our course form section is pretty light overall here. Rory won the 2012 PGA Championship on this course by eight shots, which is the largest margin of victory ever in the PGA Championship. Keegan Bradley, Ian Poulter, and Justin Rose all tied for third at 4-under that year. Rory was 13-under.

Otherwise, we don’t have a lot to go on. Certainly there are players that have played this course in anticipation of this major and you have to think a South Carolina native like Dustin Johnson has some exposure. It is also a nice vacation destination, so players have likely hit the course, but as far as a competitive golf event, not much.

As mentioned, recent form data points are tough to find. Sam Burns has a couple of good ones with a win at the Valspar Championship and a runner-up last week at the AT&T Byron Nelson. He’s listed at +6000 because of the depth of this field.

Hideki Matsuyama has only played once since winning The Masters. Justin Thomas has been quiet since winning the PLAYERS Championship back in March. Marc Leishman and Cameron Smith combined to win the Zurich Classic. There are recent tournament winners in the field, but a lot of guys have played maybe one or two times since The Masters. The ones that haven’t have had results that are all over the place.

Well, there are a few stats to focus on. Driving distance is certainly one of them this week, as guys that can hit the long holes in two shots and get either eagle putts or makeable birdie putts have a big advantage. Getting to the green in three and hoping for a birdie make or a two-putt par will keep a lot of scores on the higher side this week.

Along with driving distance, look at proximity to the hole from 175+, 200+, and 225+. The greens here are big and there will be some gnarly pin placements, but the guys that can get close enough to give themselves chances at low numbers should have an advantage.

Some guys that fit the mold would be a big hitter like Jon Rahm, who is also in or around the top 10 in proximity from 175+ and 200+. He is among the favorites, but with the length of this course and the general nature of majors, short prices are probably the right call.

Ryan Palmer is a long shot that grades extremely well in driving distance and proximity with long irons and fairway metals. He’s +12500. Collin Morikawa is probably the best iron player on Tour and he is far and away the best in proximity from 175-200. Viktor Hovland grades well in that 175-225 range as well. So do Marc Leishman, Paul Casey, and Patrick Cantlay.

Of that group of names, there are three that do stand out to me. Jon Rahm is one of them. Rahm could very well have won The Masters if it was 90 holes instead of 72 as he got hot on Sunday and if he could have repeated that number on Monday, he’d have won. He’s +1450 and checks a lot of boxes for me.

Marc Leishman is +8000 and that feels like an overlaid price. Other places in the market have Leishman in the 60s. He’s a great wind player and that’s a big factor here at Kiawah Island.

Ryan Palmer at +12500 hasn’t won a huge tournament, but he has the right stats here. If nothing else, matchups and a top-10 prop are worthwhile.

Lastly, you have to take Dustin Johnson here. The Carolina kid was emotional after winning The Masters not far from his Columbia, SC birthplace. DJ has the length. He has all the shots needed to conquer this course. His form is not in stellar shape, but he’s +1850 and we haven’t seen that price on him in years.

Not a lot of big prices here, but it doesn’t look like you want to look that far down the board.

ESPN, ESPN+, and CBS will have wall-to-wall coverage of this one from the Palmetto State.

For another opinion on the PGA Championship, check out Brian Blessing from our ATS YouTube: 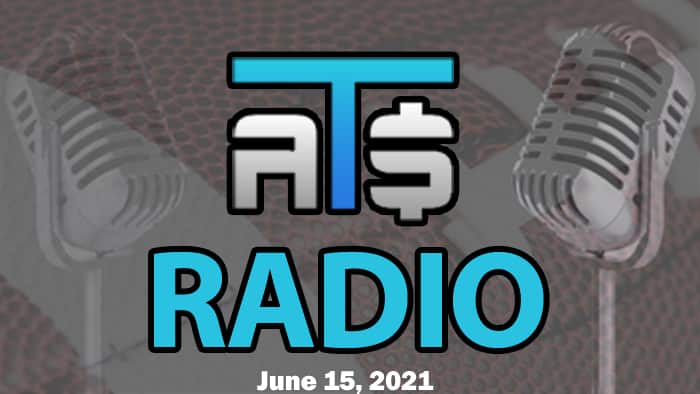 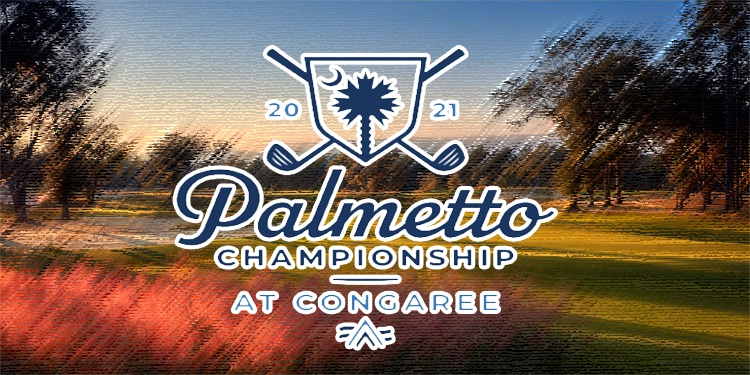 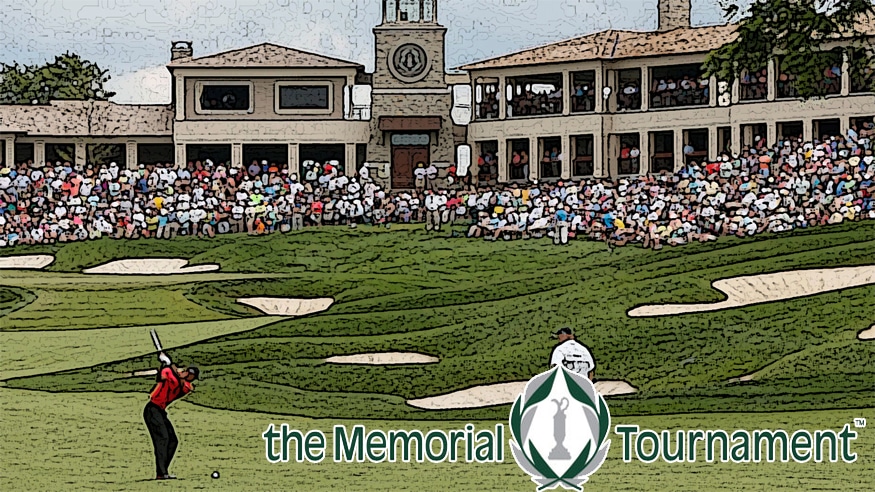