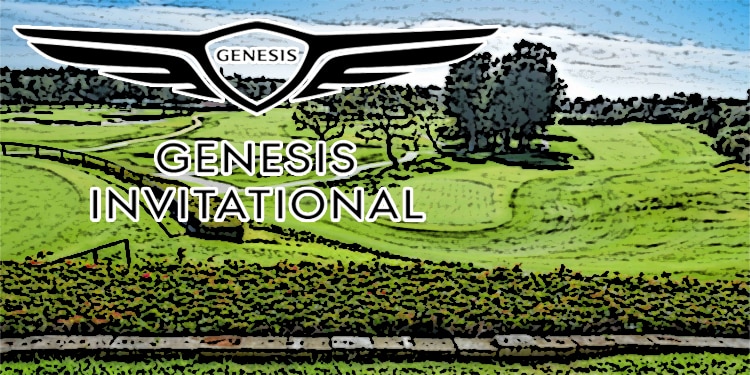 The PGA Tour season keeps rolling right along with the California swing as the players descend upon Riviera Country Club for the Genesis Invitational. This tournament acquired invitational status prior to 2020, so we have a more exclusive field with 120 players instead of a full-field event that features around 156 golfers.

Situated in Los Angeles just a stone’s throw from Sunset Boulevard, this is a course in an urban setting, so it is a bit narrower than most courses and, of course, a very prestigious type of place that has been frequented by lots of celebrities and lots of deep-pocketed individuals. It has also been the home of the Genesis Invitational/Genesis Open/Northern Trust Open/Nissan Open/Los Angeles Open 57 times and each year since 1999.

What that means is that we have a ton of course form data to go off of and we’ve had several golf events since the calendar flipped over, so we’ve got some useful recent form data as well.

Before we get too deep into the tournament handicap, the best place to bet golf is DraftKings Sportsbook. There are a ton of matchups and props available for each and every event, along with decent odds for betting the outright winner that include top-five and top-10 finisher odds. You can get up to $1000 with a DraftKings Sportsbook sign-up bonus through ATS.io.

With so many guys priced under 20/1, we have much smaller groups of guys in the 30, 40, and 50/1 range. It is hard to look too far down the board with so many great players at short prices, but you are getting some good values on some of the guys that are priced a bit higher.

One name that really stands out here is Daniel Berger at +3000. Berger has shot 26 consecutive rounds of par or better and just won last week’s Pebble Beach Pro-Am. The strength of this field is off the charts good, but it is hard to find a player in better form than Berger. He hasn’t had success here, but he’s also played his best golf within the last three years and last played here in 2018. This is where the Course Form vs. Current Form argument comes into play.

For example, a guy like Hideki Matsuyama has made four straight cuts, but has only finished inside the top 40 once. He’s finished in the top 10 back-to-back years in this event and also was fourth in 2015. He’s +4500. Would you rather have Matsuyama or Jordan Spieth in the same price range after back-to-back top-five finishes? Spieth has finished outside the top 50 the last two years here, but does have two top-10 finishes.

That’s not to say I’d recommend either one this week, but just to say that past results on a certain course seem to carry as much or more weight than recent form in some instances.

As far as other guys that are on my list this week, we’re getting a big overlaid price on Carlos Ortiz at +9000. I’d say the same about Will Zalatoris at that price point as well. Ortiz was fourth two weeks ago and had another top-15 a month ago. He has finished in the top 30 in all four starts here, including a ninth-place finish two years ago.

Zalatoris has never qualified for this event, but this kid is going to win one and it could be a really big one. He was 59th last week at Pebble Beach, but was in the top 20 at the Waste Management Phoenix Open and The Farmers Insurance Open.

My favorite pick this week is a short price, but he fits this course profile well and has played well here and recently. That is Patrick Cantlay at +1800. The return isn’t awesome, but Cantlay’s three 2021 events have been finishes of third, second, and 13th. His three Riviera starts have been finishes of 17th, 15th, and fourth. This is a course that prioritizes putting prowess and wedge play around the green. Cantlay is 28th in SG: Putting and sixth in SG: Around the Green. Sign me up for that.

As far as matchups go, Ortiz is a good bet over Cameron Tringale at -106. Also, Cameron Davis at +110 over Bubba Watson is a good look. Watson has three career wins here, but Davis’s recent form has been much stronger.

Corey Conners to miss the cut is +195 at DraftKings. That looks like a good bet when skills off the tee aren’t quite as important at a course like this. Conners is not a good putter or player around the greens.

As you see, there are lots of ways to bet golf at DraftKings Sportsbook, so sign up today!

GET UP TO A $1000 SIGN-UP BONUS AT DRAFTKINGS SPORTSBOOK