The BMW Championship is the second event of the FedEx Cup Playoffs and this year’s version remains in the state of Illinois at Olympia Fields, which is actually on the United States National Register of Historic Places. We’ll see if any history is made this week, but the winner of this tournament looks to get a nice advantage next week in the TOUR Championship to determine a FedEx Cup champion.

Olympia Fields Country Club has not held a PGA Tour event since 2003, but there are a handful of players in this tournament that have played here recently. Some of the sport’s top young players have had some achievements on this course. Bryson DeChambeau won the U.S. Amateur Championship in 2015 here. Matthew Wolff won the 2017 Illini Invitational. Maverick McNealy won that in 2015. Collin Morikawa has played well here, as has 2016 Illini Invitational winner Cameron Champ.

Not to diminish the accomplishments of those players, but those achievements probably have little bearing on what happens here this week, but you never know. With the rough expected to be thick and lush and a whole lot of narrow fairways, it’s safe to say that Dustin Johnson won’t shoot 30-under this week. That being said, he is still listed as the +800 favorite at BetMGM Sportsbook for this week.

We’ve been using odds from DraftKings Sportsbook for the golf events, but let’s switch it up this week and see if we can’t pick the winner and change our luck. We’ve been all around it lately here at ATS with a few top-five finishers in recent weeks, but we haven’t cashed that big jackpot.

Jon Rahm, another player who played here in college, is the second favorite at +900. On what looks like a ball striker’s course, the best ball striker on the PGA Tour is +1200 in the person of Justin Thomas. Bryson DeChambeau is +1400, with Rory McIlroy, Webb Simpson, and Xander Schauffele at +1800. Any one of those guys could go out there and win this week. A top-notch player likely will in an event with just 70 of the sport’s best. We’ll aim a little higher than that with our picks. 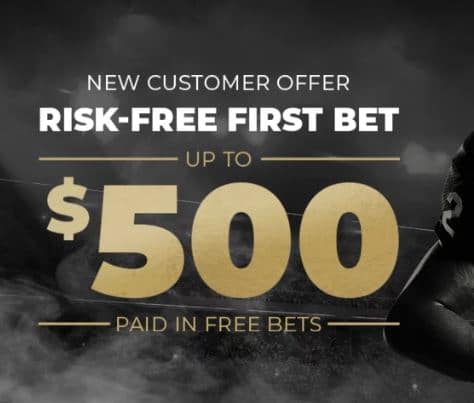 The metrics under the spotlight this week are the same ones that usually matter the most. With the length of this par 70 course that has two 600-yard par 5s, length off the tee will be a big deal. Strokes gained off-the-tee might be the most important metric this week. Strokes gained approach will be big as well with some smaller greens to take aim at throughout the weekend.

That brings us to Daniel Berger at +2000. Berger has a win, two thirds, and a second since the restart. One of those third-place finishes came last week at TPC Boston. Nobody was catching Dustin Johnson, but Berger had a strong showing and was fifth in SG: OTT last week. He was also third in SG: Putting, which is never a bad attribute to have because you have to eventually put the ball in the hole to card a score.

Berger is also one of the PGA Tour’s best scramblers and that could come in handy here as well. As mentioned, the greens are small. Many are uphill or downhill and the wind could kick up on the course and throw some approach shots offline. Berger is a quality sand player and very good around the greens. You don’t find a lot of ball strikers with that greenside nuance to their games. Berger has it and that’s why he’s our top pick this week at +2000.

Even though those collegiate appearances shouldn’t move the needle too much, guys like Scottie Scheffler at +2800 and Viktor Hovland at +3500 aren’t a bad idea. Scheffler has back-to-back fourth-place finishes and is a top-20 player in SG: Tee-to-Green and a top-10 player in SG: OTT for the year. Hovland’s problem is usually the putter, but that seems secondary to ball striking this week. At +3500, it isn’t a bad idea to play a terrific iron player and a guy that stripes it off the tee.

Fortunately, picking the winner isn’t the only betting option at BetMGM Sportsbook. Maybe Scheffler or Hovland are good bets for first-round leader at +2800 and +3500, respectively. Maybe Cameron Champ, who ranks second in SG: OTT on Tour this season, is a good option for that at +6600. As the rough gets deeper, it might hurt Champ, but he could conquer the course on Thursday with his power off the tee.

You can bet Champ for a top-10 finish at +550. Another candidate for that is ball striker extraordinaire Corey Conners at +450. Conners has major issues with the putter usually, but with small greens here, he may not be exposed as badly. He’s excellent in SG: OTT and SG: APP. Even a top-20 finish on Conners pays +240 and pays +250 in Champ. With only 70 players and no cut, these two SG: OTT masters are not bad looks at all.

Berger at +105 in a matchup against McIlroy isn’t a bad bet at all. Rory’s stats are great, but his finishes have not been there because he’s had some bad weekend rounds. Berger has been very consistent. Patrick Reed at -125 over Kevin Kisner isn’t a bad bet either, since Kisner’s best asset is his putter and that seems to be mitigated a bit here.

No matter what you bet, consider betting it at BetMGM Sportsbook, where you can get up to $500 in risk-free bets if you sign up through us at ATS.