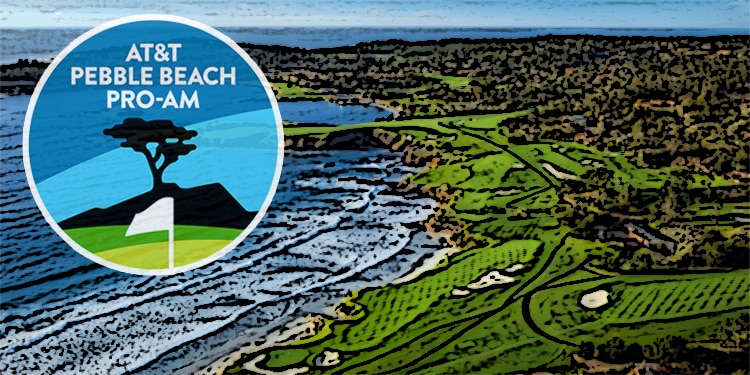 Things will be a little more serious this week at the Pebble Beach Pro-Am. What is usually a fun and lighthearted tournament, at least for the first three days with professional and amateur pairings, is now just a regular PGA Tour event.

Due to COVID-19 protocols, there will be no celebrities paired with the PGA Tour pros. There will be no spectators. It will simply be a golf tournament at Pebble Beach Golf Links and Spyglass Hill Golf Course. Monterey Peninsula Country Club will not be used for the first time since 2009, as the 156 players in the field will only use two courses this weekend.

Players are used to everything feeling different by now and some will probably prefer to just go out there and play for the prize money instead of playing with a celebrity partner. The cut will be after 36 holes this time around instead of 54 and now three of the four rounds will be played on the Pebble Beach Golf Links course. That could certainly have an impact on the scores.

DraftKings Sportsbook certainly has an interesting set of odds for this one. Last week’s European Tour event champion Dustin Johnson is +360 to win the tournament. DJ is obviously in outstanding form, but he hasn’t won this event since 2011. With a price that short on the California Kid, that means that there has to be value on somebody else. Frankly, the best bet this weekend is -560 for somebody other than Johnson to win the tournament. You have 155 other players at your disposal with that bet. Expect that line to go up in a big way.

Maybe DJ does just go ahead and win, but there are several other strong contenders up near the top of the odds board. Patrick Cantlay is +1000, with Daniel Berger at +1800, Paul Casey at +2000, Will Zalatoris at +2500, and Jason Day and Jordan Spieth at +3000 to round out the top five on the betting board.

Pebble Beach is certainly an interesting track. It is one of the most recognizable golf courses in the United States and its likeness has been used in all sorts of video games and has also been the inspiration for fictional courses as well. Spyglass Hill is the lesser known of the two, but scoring should come pretty easy for the 18 holes that the players will play on that course.

We’ll look at a few darts for outright winners, but also look at matchups and group action from DraftKings. The amount of betting options for golf at DraftKings make it arguably the best US sportsbook for betting golf. You can get up to a $1,000 deposit bonus if you sign up now.

Of the shorter prices, Paul Casey at +2000 is the most interesting. Casey, like DJ, is coming back from the Saudi International, where he finished 12th. Casey won the Dubai Desert Classic and was eighth in the HSBC Championship, so he is in outstanding form. He was second here two years ago and eighth three years ago.

He isn’t on my card this week with back-to-back missed cuts, but Jason Day is +3000 with seven top-11 finishes in his last eight starts. He’s played extremely well here, but the balky back is always an issue and one that often winds up too much to overlook.

At Pebble Beach, you generally want to look for good putters and guys that scramble well. Windy conditions can push iron shots offline and a lot of greens are protected by hazards. Strokes gained around the green and on the putting surface are important. Distance isn’t quite as important here as it is at most courses. A wide variety of players have won here. Phil Mickelson has five wins and Jordan Spieth and Dustin Johnson have won, but Brandt Snedeker has two wins and guys like Vaughn Taylor, Ted Potter Jr., and Nick Taylor have all won recently.

In other words, don’t be afraid to try a few long shots and maybe take the better players with some in-tournament wagering if they are just off the pace, a la Brooks Koepka last week at TPC Scottsdale.

With that in mind, I’ll be on Peter Malnati this week at +7000. He’s +1100 for a top-five finish and +500 for a top-10 outcome. Malnati is fourth in SG: Putting since the PGA Tour season flipped over in October. He was 10th two weeks ago at the Farmers Insurance Open and 14th at the Sony Open about a month ago in Honolulu. Malnati is quietly 34th in SG: Approach and 60th in SG: T2G. With his putting prowess, that’s good enough for me to take a stab.

Andrew Putnam is generally one of the better putters on Tour. He was seventh last week with a final-round 66 at the Waste Management Phoenix Open. He’s a pretty good iron and wedge player. His driving skills leave a lot to be desired, but he’s also +15000 to win, with +2200 for a top-five finish and +1000 for a top-10 finish. Like I said, throw some darts this week. You can always try a guy like Casey on Friday night if he’s a few shots back.

As far as matchups go, Francesco Molinari is -106 for his matchup against Si Woo Kim. Kim won a few weeks ago, but Molinari seems to have found another groove and has two straight top-10 finishes. He feels more projectable than Kim, even though Molinari’s only start here came in the 2019 US Open. He tied for 16th then.

Malnati is -118 in his matchup against Doug Ghim. That seems like a good bet as well.

I also like Casey at +100 against Berger in a matchup. Casey is a great wind player. Berger is a terrific player, but Berger took two weeks off and then missed the cut at TPC Scottsdale last week. Casey at even money seems like a good play.