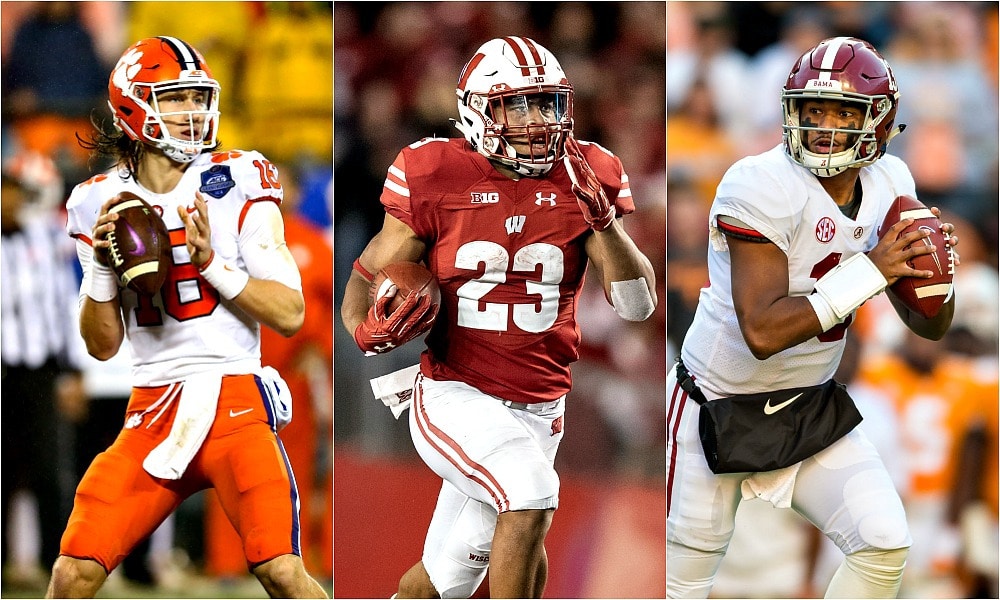 Since the Heisman was handed to Kyler Murray last season, conversations about the 2019 award have centered around two guys—Clemson’s Trevor Lawrence or Alabama’s Tua Tagovailoa. It may seem shortsighted for it to focus on two of the hottest players from the previous season. But it is easy to project someone that has already shined to shine again.

So, it should come as no surprise that the favorites to win the Heisman in 2019 are Lawrence and Tagovailoa. DraftKings currently has Lawrence as the favorite at +175 followed by Tagovailoa at +225. The next shortest odds belong to Justin Fields and Jake Fromm (+1400).

With the two being such heavy favorites, it would make sense to bet on one or the other to win. But the hard part may be deciding on who. Lawrence shredded the Alabama defense in the national championship game, but Tagovailoa was the better quarterback during the regular season.

However, Lawrence was also a freshman getting his first taste of college football during the regular season; growing pains are to be expected. If his play during the title game is any indication, his game certainly improved throughout the year.

So, based on the body of work for each, it is not hard to make an argument for either. In that case, who do you bet on, Tua or Trevor?

It is not an easy decision, but what if you didn’t have to make that call? What if you could take both? At PointsBet, you can:

Oddsmakers give one of the two a 60.78 percent chance of winning the Heisman this coming season, and a 44.44 percent chance that someone (anyone) else will.

There are some excellent players in the field, but Heisman winners also tend to come from teams stacked with talent. Nothing helps a great player shine quite like being surrounded by other quality players.

Does that mean the winner is going to be one of the two, Tua or Trevor? Not in the least—because history has not been kind to preseason Heisman favorites.

Front runners achieve that status because they have developed a reputation as an exceptional player. But that is also why they do not win. What they can do, and the quality of their game is well-established. So, when they have another great season, it comes as no surprise and doesn’t garner much attention.

But the guy that comes out of nowhere and makes the world take notice is going to win. Odds were not posted on Johnny Manziel until Week 8. Lamar Jackson began his Heisman campaign at +10000. Cam Newton didn’t have odds until Week 3 (+2000).

If they aren’t longshots, then they are middle-of-the-pack guys with odds ranging from the low +1000’s to the mid to high +2000’s to start the season.

Take ‘any other player.’ As hard as it may be to believe, someone will shine brighter than Trevor Lawrence and Tua Tagovailoa this season.