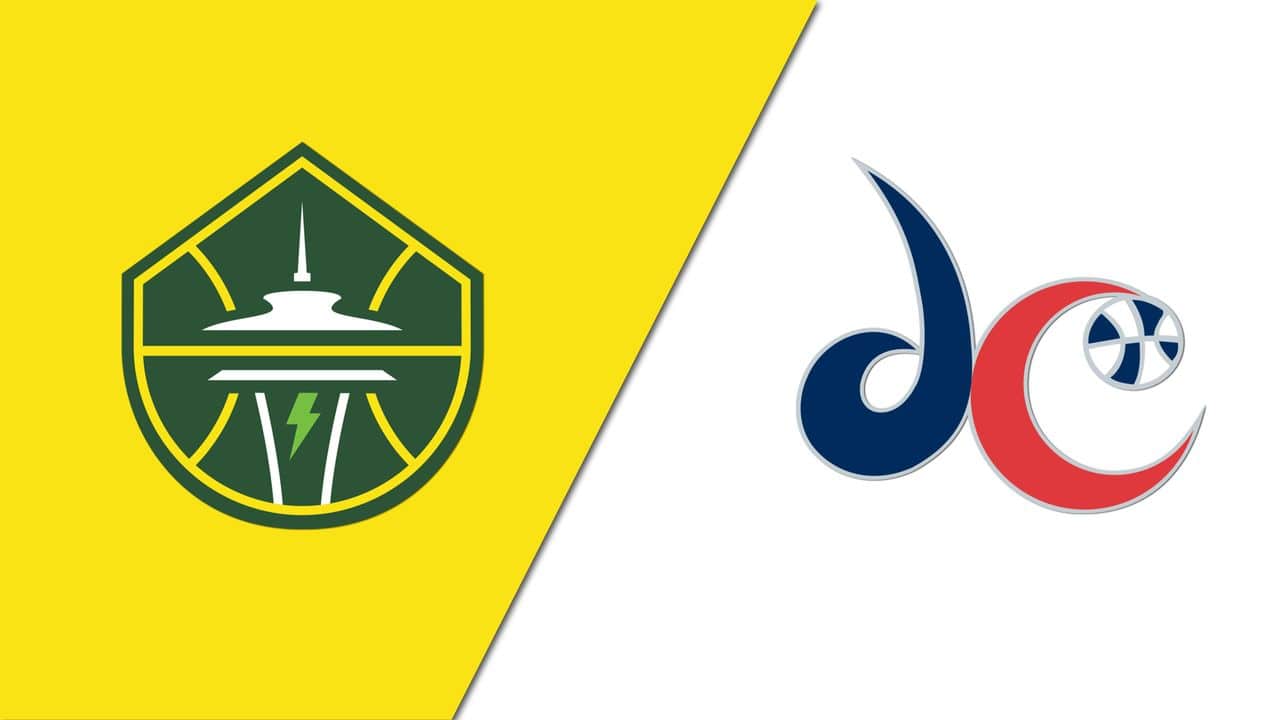 New bettors at Caesars Sportsbook can get a risk-free bet worth up to $1,500 on Mystics vs Storm Game 1 in the WNBA Playoffs!

Over at Caesars Sportsbook, bettors can use a risk-free bet worth up to $1,500 on Mystics vs Storm Game 1. This offer is designed to give bettors peace of mind when betting on the WNBA playoffs. If a bettor loses their first wager at Caesars, they will be refunded the amount they lost in that bet in the form of free bets. This allows bettors to wager up to $1,500 on their first bet knowing that they can get it back if things don’t work out.

The best matchup in the first round of the WNBA playoffs may be between the Washington Mystics and Seattle Storm. These teams finished fourth and fifth in the standings this season, and played two very competitive games late in the year. In our WNBA picks for the first round of the WNBA playoffs, we break down Mystics vs Storm in what should be the main event of the first set of round one games.

✅ The Washington Mystics come into this series with the number one defensive rating in the WNBA. Seattle is not far behind, but the Mystics are so much better than their reputation would suggest coming into the playoffs. Washington is a five-seed, but do not let that fool you, as they could easily win the championship this postseason.

✅ These teams just split two games in Washington at the tail end of the regular season. Both of those games were decided by five points or fewer, as these teams are incredibly evenly matched. My numbers have this as a one-point game, so we will gladly take more than a full possession with the Mystics as an underdog.

✅ Seattle gets to the free throw line less than any team aside from the New York Liberty in the WNBA. They averaged just 15.1 free throw attempts per game during the regular season, as their outside-in style of play does not lend itself to a ton of looks from the charity stripe. Expect that to be a factor in what should be a close game throughout.

The Washington Mystics finished in fifth place in the WNBA standings after the regular season. That made them the lone serious title contender forced to start their postseason on the road, which they will do on Thursday night in Seattle. But the Mystics have proven themselves capable of winning on the road already this season, stacking up 10 road wins on the campaign.

Washington’s biggest key to this game will be whether or not they can continue to defend effectively at all three levels. They struggled at slowing down Ezi Magbegor in their double-digit loss in Seattle earlier this season, while the Storm is more than capable of hurting them via the mid-range and perimeter as well. Washington has to stay disciplined to avoid giving up open looks all over the floor in this game.

The Seattle Storm finished fourth in the standings this WNBA season, giving them home court advantage in this first round series. Seattle is 1-0 against the Mystics at home this season, but the playoffs are a different animal entirely from the regular season. For Seattle, executing will be important, but not folding under the pressure of trying to get Sue Bird one last championship will be crucial as well.

The duo of Tina Charles and Ezi Magbegor will be huge for the Storm in this series. We all know that Bird, Jewell Loyd, and Breanna Stewart can put up big numbers every night. But the bigs of the Storm will need to chip in offensively, while limiting the potent interior duo of Elena Delle Donne and Shakira Austin.