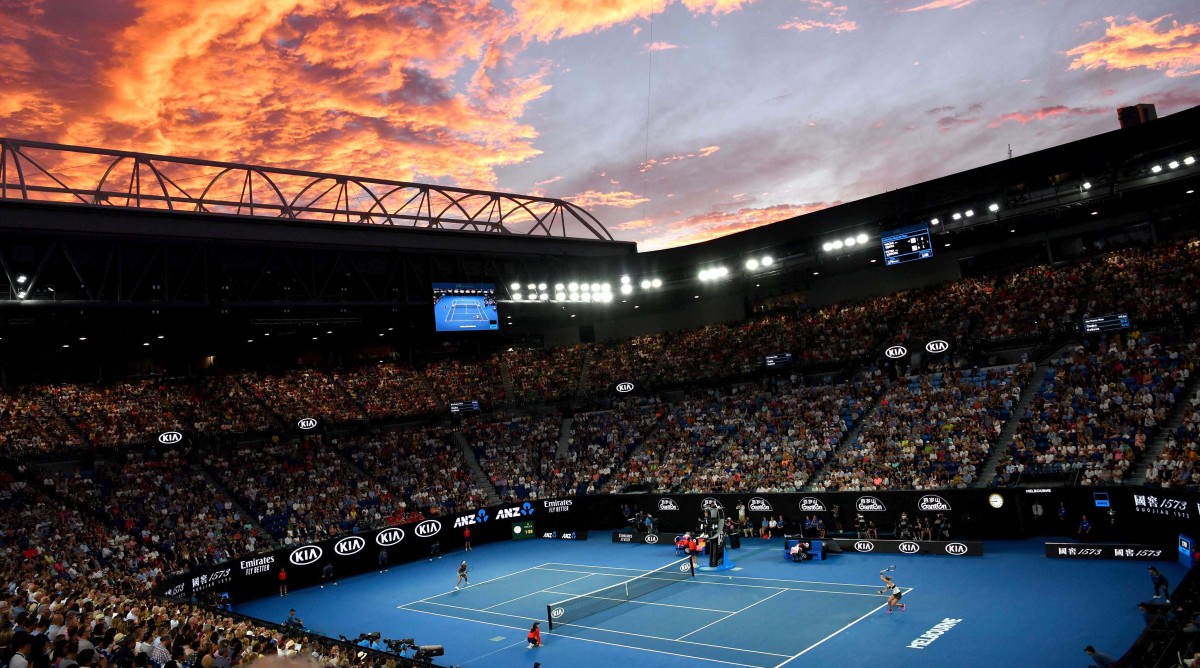 The tennis season is back so that can only mean one thing – summer in Australia. The 2020 season is two weeks old and it is already time for the season’s first Grand Slam as the 2020 Australian Open is set to take place from January 20th – February 2nd.

Jump Down To The Men’s Austrailian Open Odds

Luckily, for fans, most of the top ranked men are all healthy headed into this tournament as the top 16 players in the world, and 32 of the top 34 will all be participating in this year’s edition. The only missing players from the top 32 ranked men are #17 Kei Nishikori and #23 Lucas Pouille. Aussie, and world #22, Alex de Minaur was a late withdrawal due to an abdominal injury.

Last year’s finalists, Novak Djokovic and Rafael Nadal, both return as the top two seeds and Novak will look to win his eighth career title and his third Grand Slam title in the last five events.

Is this the Grand Slam a non-big three player (Djokovic, Nadal, Federer) lifts the trophy? Find out below.

The top half of the draw features Rafael Nadal (1) who has a potential fourth round match-up with either Karen Khachanov (16) or Nick Kyrgios (23). The bottom half of this side of the draw features Dominic Thiem (5) who could have a fourth round date with either Gael Monfils (10) or Felix Auger-Aliassime (20). A big sleeper in this quarter is Kevin Anderson who is unranked coming off a long injury lay-off. A Thiem vs Nadal quarterfinal would be a great result for fans here.

Daniil Medvedev (4) headlines the next half of the draw, but has a tough first round match-up against last year’s quarterfinalist Frances Tiafoe. Medvedev has a pretty comfortable draw and could draw a fourth round battle with either Stan Wawrinka (15) or John Isner (19). Jo-Wilfried Tsonga (28) and Miomir Kecmanovic could be sleepers in this quarter of the draw. Alex Zverev (7) is the big name on the other side of this half and has a pretty comfortable draw until a potential fourth round match-up against Andrey Rublev (17) or David Goffin (11). Rublev vs Medvedev would be a great quarterfinal in Australia.

Novak Djokovic (2) begins his title defense against Jan-Lennard Struff and has a potential third round match-up against the in-form Dan Evans (30). It’s a very comfortable draw for Djokovic who could potentially face Diego Schwartzman (14) or Dusan Lajovic (24)/Kyle Edmund in the fourth round. The other side of this quarter features Stefanos Tsitsipas (6) who has a very comfortable draw through the first three rounds, with a potential meeting with the often injured Milos Raonic (32). Tsitsipas would likely face Roberto Bautista Agut (9) or Benoit Paire (21) in the fourth round. Djokovic vs Tsitsipas is the quarterfinal everyone wants to see here.

The final quarter of the draw features Roger Federer (3) making his 2020 debut against Steve Johnson in the first round. After that a tough match-up against the in-form Hubert Hurkacz (31) looms in the third round. Should Federer get through Hurkacz a date with either Denis Shapovalov (13) or Grigor Dimitrov (18) could take place in the fourth round. Matteo Berrettini (8) and Fabio Fognini (12) headline the last quarter of the draw and are on a collision course for a fourth round match-up. Fognini has a brutal draw though getting big serving American Reilly Opelka in the first round and either Alexander Bublik or Jordan Thompson in the second round. Berrettini could face Borna Coric (25) in the third round. A Federer vs Coric quarterfinal could be intriguing.

I expect the final to be Novak Djokovic vs Daniil Medvedev and I like Medvedev to become the first non-Big Three player to win a Grand Slam title since Stan Wawrinka lifter the US Open title in 2016. 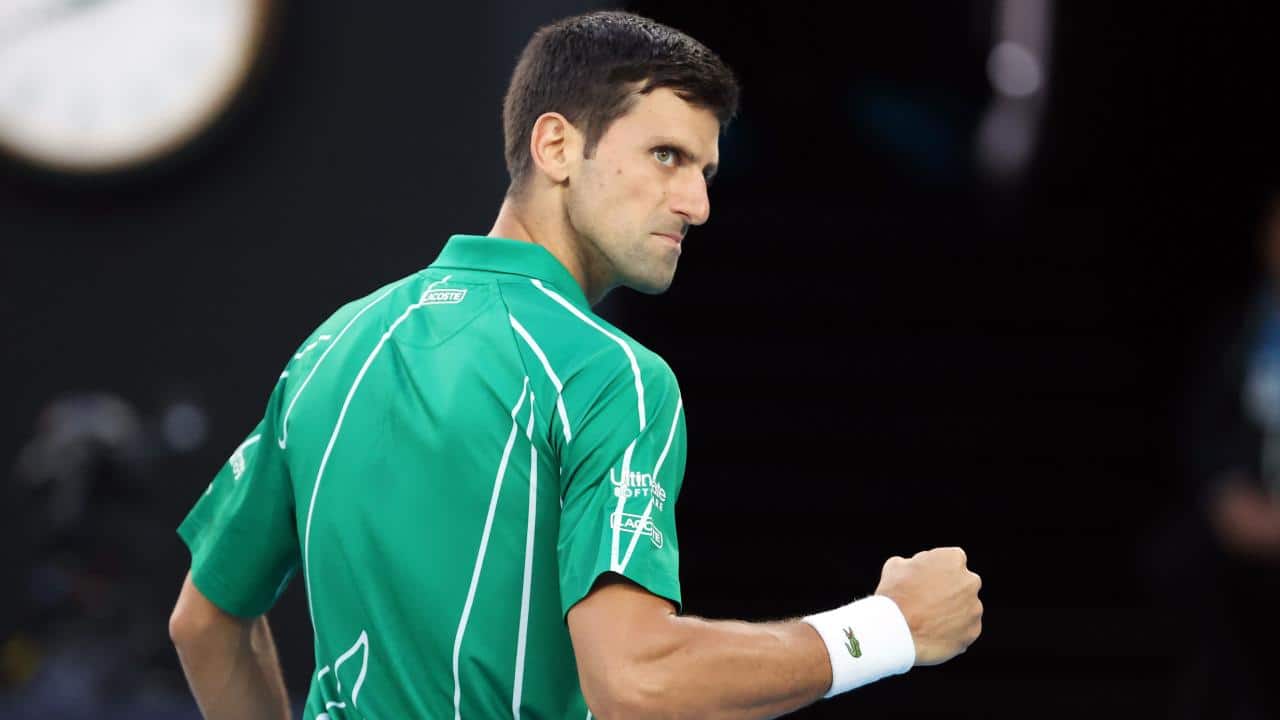 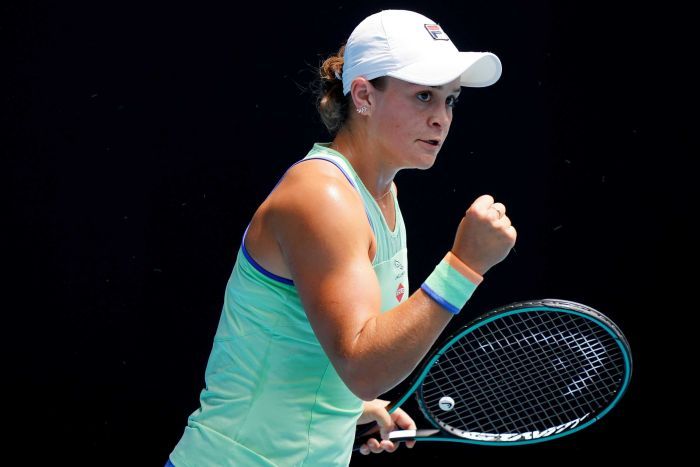 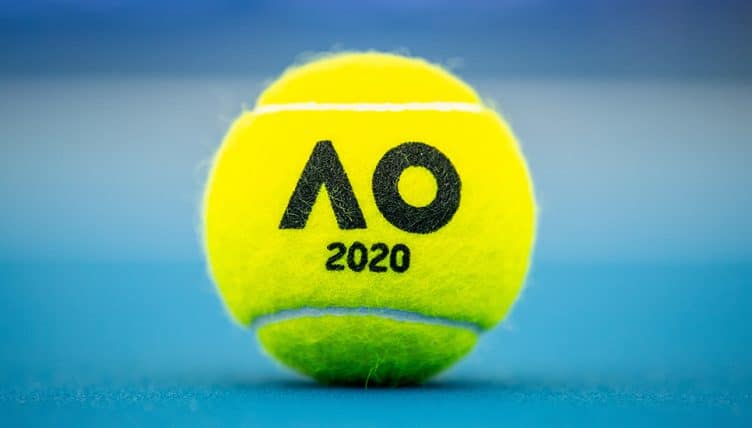