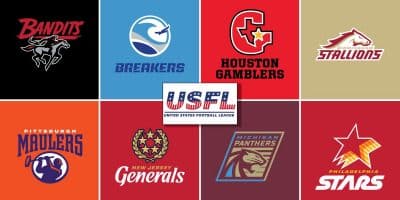 The fourth week of the USFL season pits one of the best teams in the young league against one of the worst. The New Jersey Generals come into Saturday’s Week 4 game at the top of the North Division, while […]

The last two winless teams in the USFL will square off on Sunday afternoon, when the Pittsburgh Maulers and Michigan Panthers square off in Birmingham. The offenses of these two teams have really struggled so far this year, and will […]

The Tampa Bay Bandits and Pittsburgh Maulers will open their USFL campaigns against one another on Sunday night from Birmingham. Tampa Bay enters this season as the favorite to win the league title, and are the heaviest favorite in the […]