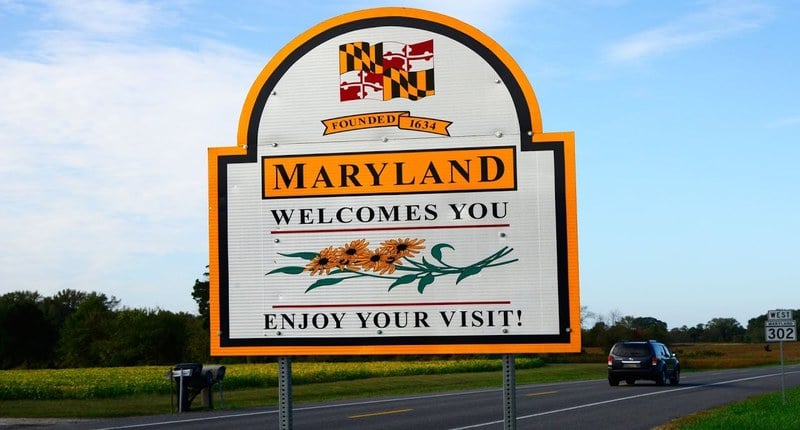 What happened in Maryland can best be described as a backdoor cover. Just before the legislative session wrapped up early because of the coronavirus outbreak, a heavily-amended bill regarding sports betting made it through the Maryland House and the Maryland Senate.

Senate Bill 4 went to the desk of Governor Larry Hogan. His approval would put sports betting on the ballot for the November General Election for the state of Maryland. It is expected to be approved at that point in time, though, as we know, nothing is a lock in this business.

Assuming SB4 passes, this could be an extremely friendly bill for both operators and bettors. Bettors are what we are most worried about here at ATS, so we’ll run down the important facts for them. First and foremost, the Maryland bill permits both retail and mobile/online betting. That is huge. There are states that have approved retail-only sports betting and they are really missing out on a big chunk of revenue by not making sports betting widely available to everybody, as opposed to those that are located near the brick-and-mortar sportsbooks or are willing to drive.

Along with mobile betting in Maryland, the bill also allows for wagering on college sports, including teams located in Maryland. This is another big development. New Jersey, for example, does not allow wagering on teams from New Jersey. Furthermore, college events taking place in New Jersey are not allowed to be wagered on. The canceled MAAC Conference Tournament was being held at Boardwalk Hall in New Jersey for the first time and it was not on the betting board as just one example.

The bill in Maryland will not have any such restrictions, so Maryland Terrapins football and basketball are up for grabs, as well as games played by Navy, Loyola (MD), Towson, Maryland Eastern Shore, Mount St. Mary’s, Morgan State, Coppin State, and UMBC. That is a big deal for all of the MEAC, CAA, America East, Northeast, and CAA bettors that are out there.

There are six casinos in Maryland. MGM National Harbor in Oxon Hill, Horseshoe Casino Baltimore, Hollywood Casino Perryville, Ocean Downs in Berlin, Live! Casino Hotel in Hanover, and Rocky Gap Casino Resort in Flintstone would be among the properties to engage in retail sports betting. The racetracks in the state, most notably Pimlico Race Course, the home of the Preakness Stakes, and Laurel Park would also get the green light for sports betting.

Once the coronavirus outbreak subsides a bit, Maryland’s legislature is expected to reconvene and could very well have a referendum and a special session on sports betting to figure out concrete numbers and figures for the licensing fees and the tax rates. But, the important hurdles have been overcome. Betting should be on the ballot in Maryland in November. Then we wait to see if it actually passes.

Assuming everything does make it through, Maryland can have as many as 16 licenses, which means that a lot of operators can be involved. Obviously BetMGM would feature prominently at MGM National Harbor. The Hollywood Casino is a Penn National property, which means just about anybody could be involved, as they have deals with DraftKings, PointsBet, theScore, and Fox Bet via The Stars Group. The Horseshoe Casino in Baltimore is a Caesars property, which means either Caesars or DraftKings. Ocean Downs is owned by Churchill Downs Inc., which could mean a sports betting partnership with BetAmerica like Presque Isle Downs in Erie, PA. It would seem that Rocky Gap, owned by Golden Entertainment, would be much likely to align with William Hill.

The racetracks are anybody’s guess, but operators like DraftKings and FanDuel would be likely to attempt to make a move on those.

Maryland could be a really big spot for sports betting. Washington D.C. is in the process of moving forward with betting and would do so largely with kiosks in entertainment venues. The Washington Redskins play in Landover, which is actually in Maryland, so online and mobile betting would certainly rise in that environment.

Too much money is at stake for this to fall apart in any sort of special session or referendum. That means that it will come down to the state’s voters in November.

“Do you favor the expansion of commercial gaming in the State of Maryland to authorize sports and event betting for the primary purpose of raising revenue for education?”

That is the question that will be asked and answered on Tuesday November 3. Yes. The answer is yes.