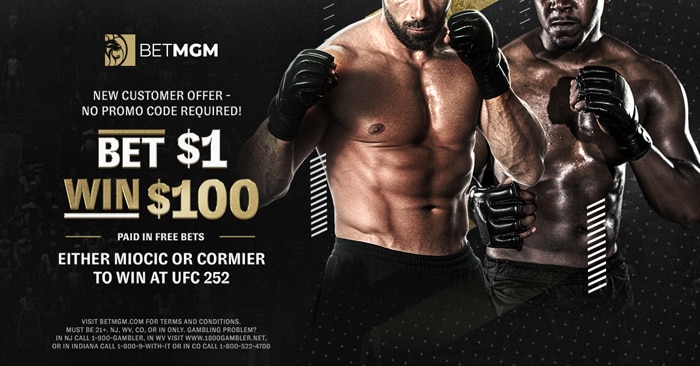 If you don’t have a BetMGM Sportsbook account, you will after you hear about the excellent offer for UFC 252.

It has been a long time coming. The third and final meeting between Stipe Miocic and Daniel Cormier is the headline fight of UFC 252 at the UFC APEX. In a normal world, this fight probably christens Allegiant Stadium in Sin City. Instead, it will be a pay-per-view event without fans, which UFC and its fans have gotten accustomed to by this point.

That leads us to the excellent offer from BetMGM Sportsbook. You can bet $1 on either one of these fighters and win $100. That’s all there is to it. No catches, no gimmicks. This is an offer for new users only, which is really the only part of the fine print that matters.

Daniel Cormier won the first fight in knockout fashion in the first round. Miocic looked ill-prepared for the speed of the smaller Cormier and he let the light heavyweight champion get inside and inflict enough punishment for the knockout.

The second fight was more of a war. DC got top control in the first round and hit a few shots, but it wasn’t as taxing on Stipe as he would have liked. The second round was full of really strong technical striking, as both fighters landed big shots, but Cormier won the second round, too. It looked like it was only going to be a matter of time.

In the third round, however, Miocic made his adjustments. He began attacking after proving to DC that his chin was stronger than it was in the first fight. A very even third round gave way to the fourth round.

Miocic began attacking the body with strong left hooks. Cormier, who spent a ton of energy throughout the first 15 minutes of the fight, seemed to wear down. Miocic got stronger. Finally, the left hooks did enough damage and a barrage of fists from the challenger felled the champion.

So now we have the trilogy. We have the third fight. Cormier won the first fight by knockout and was leading the second fight into the fourth round before Miocic did something that nobody had even done before. He knocked out Cormier.

Your winnings, if you pick the right combatant, will be paid in free bets. This is available to NEW users in Indiana, Colorado, New Jersey, and West Virginia.

It doesn’t matter that BetMGM Sportsbook has Daniel Cormier at -115 and Stipe Miocic at -106 because you’re going to get the fighter you want at +10000.

Remember, this offer is for new users only. And what that means is that you’ll get the new user first deposit bonus on top of your $1 to win $100 offer for UFC 252. 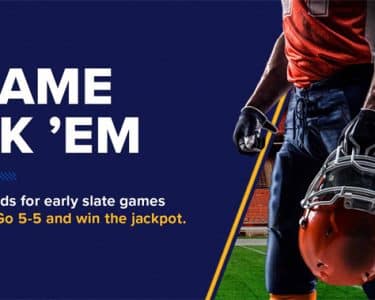 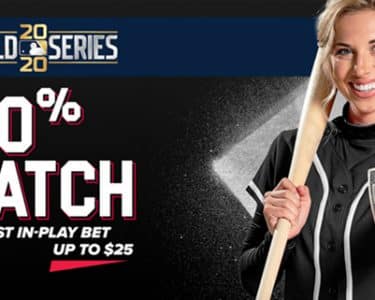 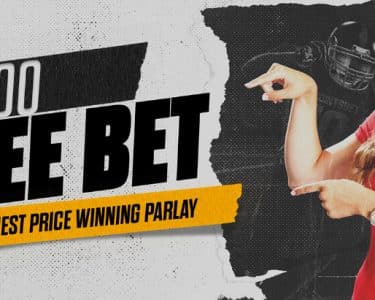