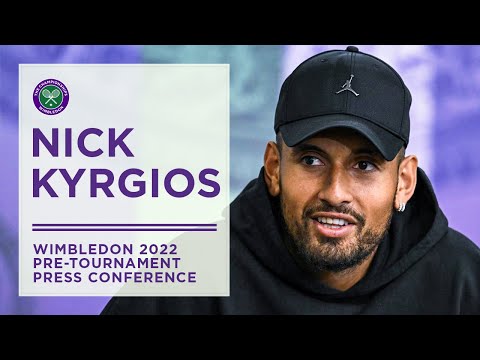 Kyrgios will compete in the London Grand Slam this week. He will try to win Wimbledon for the eighth time, after reaching the quarterfinals in his first appearance in 2014. He recently stated that the AELTC made a mistake by not allowing his Russian athletes to compete in the tournament.

“My honest opinion, I don’t think it was a good idea to ban the Russian players to play,” Kyrgios, 27, told the press.

He did express disappointment that he would be unable to meet world number one Daniil Medvedev or other Russian top players due to the Russian ban on entering the All England Club.

“I think Medvedev is the best we have in our sport right now. You look at some of [Russia’s] other players, [Andrey] Rublev, [Karen] Khachanov, they’re important young players for our sport to continue to grow.

Most importantly, the entire tournament featuring the world’s best players has the right to be seen by all tennis fans around the world.

“When you have a lot of cameras on, a lot of people tuning in, you want our best players to be showcased.

He was genuinely looking forward to competing against Medvedev. He was frustrated that the opportunity had passed him by.

“Me personally, as a competitor and someone that wants to go up against them, I’m disappointed they’re not here. It’s weird not seeing Medvedev here,” added Kyrgios, who was defeated by Medvedev on his way to the Australian Open final earlier this season.

Five of the top 100 male players will be absent due to the ban on Russian and Belarusian players: four Russians (Daniil Medvedev, Andrey Rublev, Karen Khachanov, and Aslan Karatsev) and one Belarusian (Ilya Ivashka).

Medvedev, the defending US Open champion, is ranked first in the world, while Rublev is ranked eighth.

Wimbledon, the world’s most prestigious tennis tournament, has banned Russian and Belarussian players due to the recent Russian invasion of Ukraine. This decision, however, has been condemned by the ATP and WTA, as well as the International Tennis Federation, which has stripped Wimbledon of ranking points this year, reducing it to a “exhibition” tournament, according to one critic.

Wimbledon also prohibited players from certain countries from competing in the past. After WWII seven decades ago, it targeted German and Japanese athletes. Some professional tennis players believe that the organization should not mix politics and sports because the decision would benefit no one.

“I always said my idea is not to mix politics and sports together because, at the end of the story, the athletes get affected,” said Ons Jabeur, a Tunisian tennis player who is ranked second in the world. “Players couldn’t play the tournament and we couldn’t get the points, so kind of no one is winning at the end.”