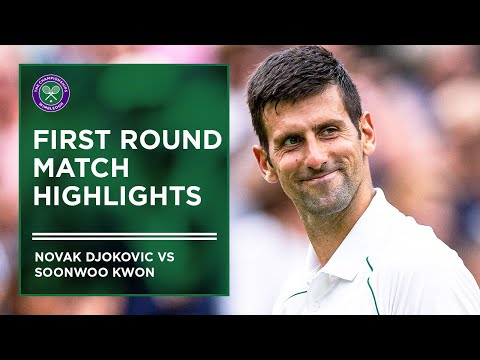 Djokovic played against Woo from South Korea with scores 6-3, 3-6, 6-3, and 6-4. Woo has shown himself to be a tough opponent for Djokovic, forcing him to immediately play his best since the first match of the tournament. Woo started the first set by leading with 3-1, but eventually, Djokovic managed to keep up with him, ending in 3-3.

Until the second set, Woo didn’t have another game, which prompted him to rebound, taking the second set by 6-3 as Djokovic made numerous uncharacteristic errors. Djokovic secured the third set, but Woo displayed some strong play in the fourth, which fortunately Djokovic managed to overcome, securing his win.

This victory made him the first player in history to ever win 80 matches at all four Grand Slams. Djokovic said that winning Grand Slam has been his longtime dream.

“It’s always been the court I dreamed of playing and winning on,” he said. “All of my childhood dreams came true here on this court at this tournament, so of course, it’s an absolute honor and pleasure to come back.”

He commended Woo for making him stay on his toes, finding him to be a very worthy opponent on the court. He also revealed that he didn’t have much to prepare himself against Woo.

“I didn’t have any lead-up, preparation tournaments, or matches prior so you’re always going to feel a little bit less comfortable than you would like to, especially playing against someone as talented as him [Woo], who stays close to the line and hits very cleanly on both sides.”

Alcaraz fought his way over five sets against Jan-Lennard Struff to make it to the next round. Alcaraz, who is fifth-seed from Spain, won the pivotal fifth set to earn a second-round bid after fighting Struff from Germany, with tight 6-4, 7-5, 6-4, 7(7)-6(3), and 6-4.

After losing the first set, Alcaraz fought harder to win the second set. However, despite his advantages, he couldn’t secure the third set as he got exhausted like in the first set. Eventually, Alcaraz rallied, resulting in him taking the fourth set in a tiebreak and winning the fifth and final set to claim his victory in round 1.

While he lost to Danill Medvedev in the second round last year, Alcaraz is currently in a different position, having captured a Tour-leading four tour-level titles in 2022. Despite his struggles, he enjoyed playing on grass and felt that it improved his capabilities.

“For me [to] play on grass is so beautiful,” he said. “I like to play on grass. I would say my level on grass has to improve a little bit. But I’m happy with my level today.”

His victory over Struff made it his 33rd match win of the season. However, Alcaraz said he doesn’t consider himself one of the favorite players to win the tournament, at least on grass.

“Obviously if I play well, I have [the] level to win the tournament. But there are many more experienced players on grass. I don’t feel the pressure.”