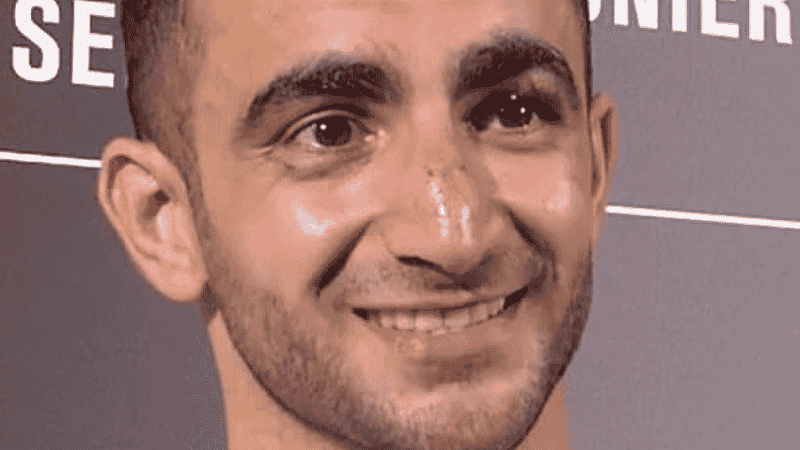 After losing to Calvin Kattar at UFC on ESPN 32, Giga Chikadze thinks that Chan Sung Jung “The Korean Zombie” will be a good candidate as his next opponent.

Chikadze (14-3 MMA, 7-1 UFC) threw some jabs at Jung (17-7 MMA, 7-4 UFC), after the latter called him “an easy task” for the featherweight champion Alexander Volkanovski on his Twitter.

“Thank you my real supporters! I love you all & I owe you speed come back. Lot of fake people around, but its okay! Also f- you Korean Zombie! Be happy with someone’s lose you cheap f– @koreanzombiemma,” he said.

The loss against Kattar

Chikadze’s defeat to Kattar (23-5 MMA, 7-1 UFC) marked his first loss in the UFC. He admits that he was thinking too far and underestimated Kattar. During the five-round fight of the Night battle, Chikadze received an open cut on the face, which stopped the momentum that he had built in previous wins.

“In my last fight, I was aiming for a completely different goal,” he said. “When I was fighting Calvin in the ring, I was looking for my little shot. I think I’m a really experienced fighter and I shouldn’t have been making these mistakes in my fight, but s**t happens.”

Chikadze appeared to handle the defeat with grace as he was seen posing with Kattar for a photo at a hospital after a 25-minute scrap, showing a positive mindset in a difficult moment in his career.

Although he made a promise to come back stronger, due to the amount of damage that he received in his fight with Kattar, Chikadze would require some time to recover before he makes his return to the octagon for a fight.

“I think September is a great month for me,” he said regarding his return. “September I’m looking to come back. Until September I have a good time to cut my weight and be in better shape than I am now.”

The fight against Zombie

Originally, Chikadze aimed to face Volkanovski off after the latter took Max Holloway out. However, UFC didn’t grant his appeal, and Jung was selected instead. Chikadze criticized UFC for refusing to wait for him until his fight with Kattar was resolved, implying that he could defeat Kattar and then return to fight Volkanovski.

While Jung himself eventually ended up losing to Volkanovski at UFC 273, Chikadze decided to settle the dispute with Jung in the octagon instead, while throwing passive-aggressive diss at him.

“For sure Zombie would be a great fight because he talked a lot after my last fight,” he said to MMA Junkie. “I don’t think it was a great performance from him. Maybe he’s an old guy now. I don’t know what he wants to do. I heard wants to retire, but anybody. Anyone who makes sense, I’ll be happy to come back and continue my journey.”

In a recent interview with YouTube sports personality The Schmo, Chikadze said that although Jung and he don’t speak common languages, they can still communicate through a common language of martial arts inside the cage.

“I feel like if he [TKZ] really wants to do one more fight, you know that’s only the option to him, because he had a lot to say after my fight,” he said. You know, a lot of people say this and that, but especially The Zombie had a lot to say, so, I really would to see him in an octagon.”