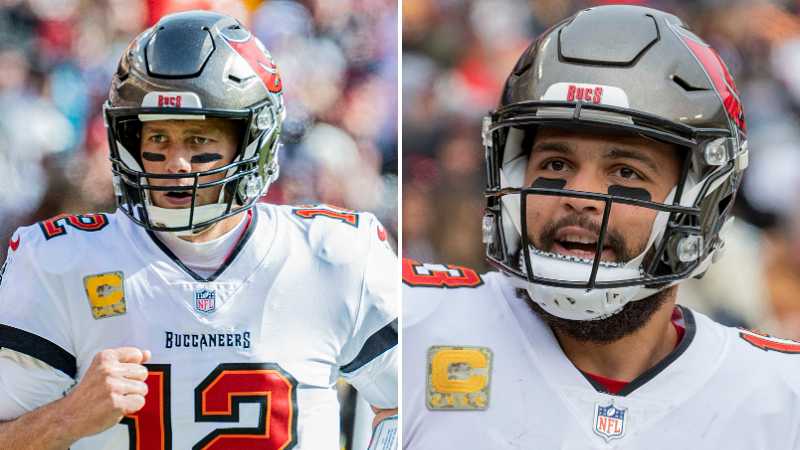 The Tampa Bay Buccaneers‘ quarterback Tom Brady spoke about his teammate Mike Evans’ suspension on the latest episode of Let’s Go! Podcast. He said that the NFL’s one-game suspension of Evans is ridiculous.

“I don’t think he deserved any type of suspension; I think that’s ridiculous,” Brady said to CBS Sports. “Hopefully we can move past it and get to a better place,”

Brady also admitted that he bears some of the blame for Evans’ suspension, as Evans’ involvement in the fight with Marshon Lattimore was in defense of Brady arguing a call. Brady said that Evans should not have been suspended by the NFL league. However, he appreciated that Evans got his back in the heat of the game. It proves Brady and Evans’ close relationship.

“I think just sometimes the emotions get the best of us, and I love Mike,” Brady said. “And the fact that Mike would come out there to defend me means everything in the world to me as a teammate and a friend.”

Even Brady showed that he appreciated Evans having his back, Tampa Bay may be in trouble with several receivers out for the next game against Green Bay.

Evans has been suspended for one game on account of unnecessary roughness and unsportsmanlike conduct. He was seen in the brawl against the New Orleans Saints cornerback Marshon Lattimore after Sunday’s game. The brawl with Lattimore wasn’t the first time for Evans. He reportedly went after Lattimore for Lattimore’s comment about Brady.

Lattimore got into a shouting match with Tom Brady and Bucs running back Leonard Fournatte during the game. As the tension grew, Evans made his way to the field and pushed Lattimore, causing the fight to erupt and both players to be ejected.

“He (Lattimore) punched my teammate in the face. I just pushed him to the ground,” Evans said. “I was just trying to have my teammate’s back. All I saw was he punched somebody in the face. I was like, ‘I ain’t going to let that happen.'”

Evans will miss the big rivalry game against the Green Bay Packers next week as a result of his brawl. Evans’ presence on the team is critical, so he must appeal his suspension to attend the next game.

Evans is needed by the Buccaneers

The NFL’s collective bargaining agreement allows Evans to appeal his suspension. Now, he is appealing to the NFL and waiting for the decision on Wednesday. If he appeals, the trial will be held before Derrick Brooks or James Thrash, who are appointed by the NFL to hear appeals against on-field player discipline.

If the appeal is denied, Tampa Bay, which is already dealing with multiple injuries, will meet the Packers with a lack of receiving power because the Buccaneers already played without Julio Jones and Chris Godwin on Sunday.

“We don’t want any fighting in our game because we lose a good player,” Tampa Bay coach Todd Bowles said Monday. “It doesn’t help our team. We don’t condone that. We don’t teach that in our game.”

“The fighting alone—losing a player for the next game—hurts our team because we lose a very good ballplayer. We don’t want that, we don’t condone it. We’ve got to move forward and try to find a way to win without him. That should be a lesson to all our other players.”