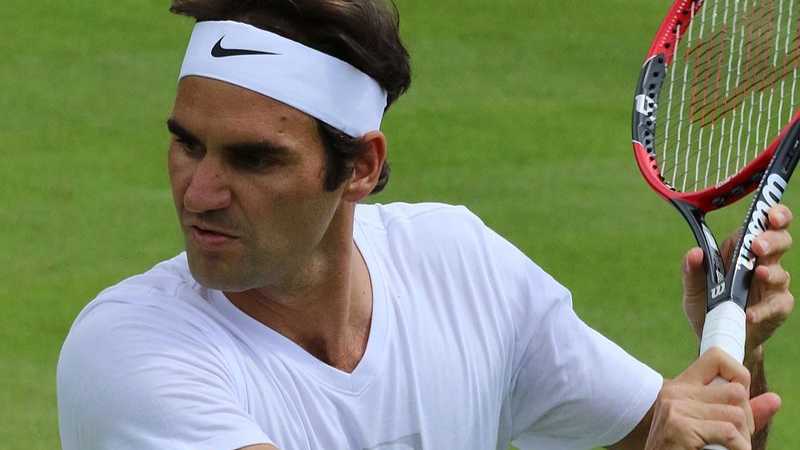 Roger Federer announced on Wednesday that he would only play one doubles match in his final professional match at the Laver Cup due to the limitations of his surgically repaired knee. Federer also said the event would be “special” for him if he could team up with his longtime rival and friend, Rafael Nadal.

“Of course, no doubt,” the Swiss said when asked if collaborating with the Spaniard would be appealing to him. “I think it could be quite a unique situation if it were to happen.”

“For as long as we battled together, having had always this respect for one another, our families, coaching teams, for us as well to go through a career we both have had, come out the other side and have a nice relationship, is maybe a great message to tennis and beyond.”

Federer, 41, announced his retirement at the Laver Cup in London. He has had several knee surgeries in recent years but having difficulty recovering. Federer has not competed since surrendering the third set 6-0 in the Wimbledon quarterfinals to Hubert Hurkacz in 2021.

“I know my limitations, and this is why I asked Bjorn [Borg, the Europe captain] if it’s OK that I play just one doubles,” Federer said. “I guess that one would have to be Friday night.”

“So here I am, trying to prepare for one last doubles. We’ll see how it is. I am nervous, because I haven’t played for so long. I hope it goes well.”

Federer reflects on his career, future

In a recent interview, the eight-time Wimbledon champion expressed his pride in his endurance and ability to play at the top of the game.

“I was famous for being quite erratic at the beginning of my career,” Federer said. “To become one of the most consistent players ever is quite a shock to me as well. That is a great accomplishment for me personally, that I was able to stay at the top for so long.

Federer’s immediate future plans include vacations with his wife, Mirka, and their children, but he is unsure of what comes next as he nears retirement. He is thinking about becoming a Wimbledon commentator.

“I always thought I’ll never go on the journalist side or that commentary would never be a thing for me. I have no plans to be honest, but six months ago, or maybe more, I was thinking: ‘Oh, you know what? Commentating the odd match or giving back in this way, I guess I could imagine it, maybe.’ I was like: ‘What? I can’t even believe I’m saying that.’ So we’ll see what happens.”

“It’s going to be a crazy week, but a good one,” said the 20-time Grand Slam champion. “And having Novak, Rafa and Andy there obviously adds even more to it all. It almost looks like I organized it this way, but I really didn’t. I was just really happy that everybody was eager to play.”

According to the Laver Cup rules, each team’s six players must compete in at least one singles match during the first two days of the tournament. And playing only one doubles match prompts a rule change. As a result, Matteo Berrettini will fill in for Federer on Saturday and Sunday.