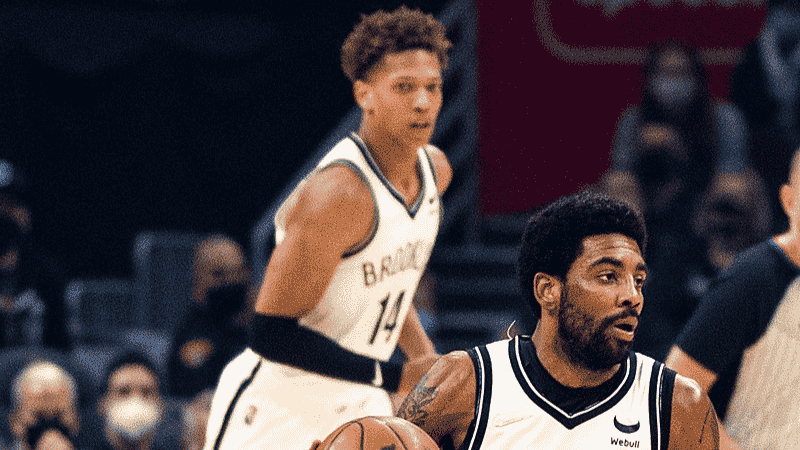 It has been reported that Kyrie Irving was looking for a new team amid the absence of new contract talks between him and the Brooklyn Nets.

Irving is one of the most complicated trade candidates in the history of the NBA. This is because he is quite an unpredictable player. Trading for Irving would require a complete organizational buy-in.

Irving is also prone to injuries and saying weird things. He pledged to stay with every team he left. This makes his loyalty questionable.

On the other hand, Irving will make the biggest shots of the season, which makes finding a reasonable trade difficult. The Nets seem to be aware of this. Trading him away would make them only perform worse on the court.

He is widely considered to be the player with the best handles in the league, along with Allen Iverson. Irving is known for his quickness, agility, handles, and shot-making. He may be one of the most gifted players, but his love for basketball does not seem to be as intense as it should be for a player of his level. He often takes breaks from games due to social justice issues or personal reasons.

Earlier, the Brooklyn Nets and Irving talked about his future with the organization. The talks went stagnant. While there have been reports that Irving was likely to continue playing for the team, The Athletic’s Shams Charania also reported that no further talks regarding contract renewals between the two were taking place, prompting Irving to explore the market.

Irving played 29 games this past season. He had to miss a significant number of home games because he was unvaccinated against COVID-19 despite New York mandating the jab. While the vaccination mandate was lifted before the 2022 playoffs, Irving and the Nets were defeated by the Celtics in the first round, making 2022 one of the worst years the Nets have ever experienced.

The Big Three of the Nets, comprising Kevin Durant, James Harden, and Irving, only played 16 games together, which makes it difficult to invest fully in the trio. While Irving missed almost two-thirds of the season due to his unvaccinated status, Durant missed a quarter of the season due to a knee injury. Meanwhile, Harden demanded a trade, prompting the team to bring back Ben Simmons, who still has not played as well.

Should Irving decide to decline his player option, the Los Angeles Lakers, New York Knicks, and Los Angeles Clippers are some of the interested teams. Additionally, the Miami Heat and Phoenix Suns might also be considerations.

Regardless, Irving has a $36 million player option and limited leverage to force a trade with it. That being said, there is no team in the championship that will be willing to spend that much for the player, nor is there any team that has the buying capability for a player that misses games a lot. For that reason, Irving will likely stay with the Nets.

Golf world Reacts to photo of Tiger Woods being injured