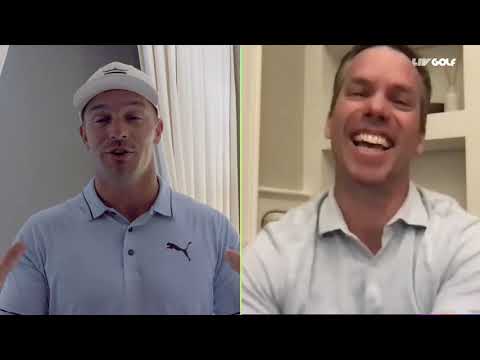 English golfer Paul Casey announced signing with the LIV Golf Series. He will make his debut as a LIV Golf member at its third event, which will be held at Trump National Golf Club in Bedminster, New Jersey, from July 29 to 31. Casey joins the Crushers GC team, led by a former U.S. Open champion, Bryson DeChambeau.

This announcement came during the final round of the LIV Gold Invitational Series at Pumpkin Ridge Golf Club on Saturday. Greg Norman, LIV Golf’s CEO, said that Casey’s “proven track record on a global stage adds another exciting piece to the competition as we prepare for Bedminster”.

Casey currently ranks 26 in the Official World Golf Ranking. He is the 22nd top 100 player that joined the Saudi Arabia-backed series. According to Norman, these golfers are excited “to be part of an innovative and fun format that is creating something new for golf”.

Casey won DP World Tour 15 times and even participated in Ryder Cup teams for 5 times. However, since March this year, he hasn’t participated in any game due to repeated back spasms. The injury caused him to withdraw from the U.S. Open and Valspar Championship. He only completed three PGA tours in 2022 before his withdrawal

The English golfer was against joining LIV Golf previously, even making his position known on social media. He previously did not want to participate in the tournament due to “some human rights violations that governments have committed” in Saudi Arabia.

He explained his change of position by saying that he has “always been open-minded and willing to learn.” In recent years, Saudi Arabia has shown commitment to improvement, such as when it released a royal decree in 2019. This decree loosens restrictions imposed on women, including employment discrimination.

Casey also explained that he was committed to UNICEF when he made that statement. The golfer used to be a UNICEF ambassador but his name is no longer available on the organization’s website.

His decision to join LIV Golf led to a suspension from the PGA Tour. Casey, along with other golfers that switched teams, can’t join the upcoming FedEx Cup. The FedEx rankings even scrapped their names from the list.

Conflict between the PGA Tour and LIV Golf

LIV Golf got a sanction from the PGA Tour. It received accusations of trying to “sportwash” human rights issues that occur in Saudi Arabia. There is also an accusation about not making golf a fan-friendly sport. The organization attracts players by offering monetary rewards for participating in its events.

DP World Tour and PGA Tour imposed penalties for 17 golfers who participated in the first and second events of the LIV Golf Series for playing “without the proper conflicting event and media rights release.” Those golfers can’t join three upcoming PGA Tour events, including the Genesis Scottish Open. In addition, the players are required to pay a £100,000 fine (approximately US$122,000).

Sixteen penalized golfers sent a letter demanding that DP World Tour rescind the punishment. However, the organization maintains its position by reminding players that “there would be consequences if they chose money over competition. Many of them at the time understood and accepted that”.

Kevin Durant Opens Up About Trade Request From Brooklyn Nets