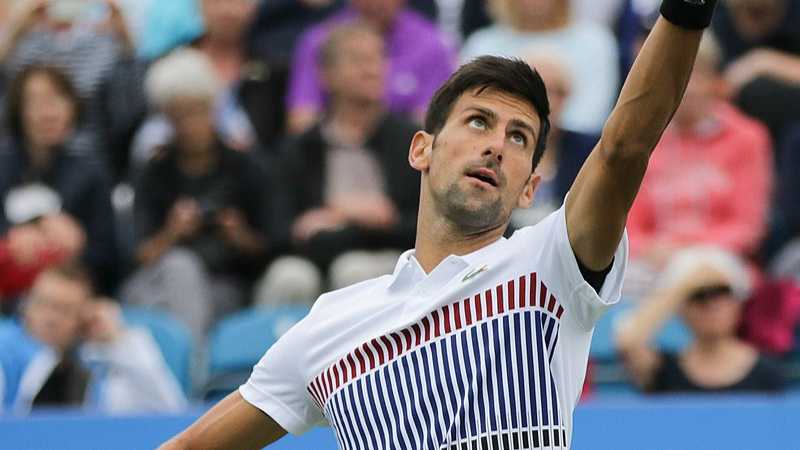 “It was a great, positive win,” Djokovic said. “Vasek is one of my best friends on the Tour. We have known each other for many years.”

At first, Djokovic struggled in the opening set before triumphing 7-6 (7/5) in a tiebreak in 59 minutes. However, he maintains his streak of never losing a set to Pospisil by breaking Pospisil’s serve twice in the second set.

“It is never easy playing someone you respect so much and like so much,” Djokovic said. “But we are both professionals and wanted to win the match and you can see that.”

The Laver Cup team tournament in London last week was Djokovic’s first match since winning his 21st Grand Slam championship at Wimbledon in July. He was banned from playing in every American competition after refusing to get the Covid-19 vaccine.

“I think the level of tennis was really high,” Djokovic said. “Especially towards the end of the first set and the second set. Credit to him for fighting. Great to see him back.”

Djokovic will face Safiullin in the semifinals, while Marin Cilic will face France’s Constant Lestienne in the other semifinal. Following the Tel Aviv Open, Djokovic plans to compete at the Astana Open in Kazakhstan from October 3 to 9. He then has to defend his title at the Paris Masters from October 31 to November 6.

What a way to seal it!

Novak Djokovic is through to the Semi-Finals in Tel Aviv, after a 7-6 6-3 victory against lucky loser Vasek Pospisil. 🔥 pic.twitter.com/GArasXgl5a

“The first match started off in a perfect way for me,” Djokovic said. “I won seven games in a row and we were fighting in that eighth game.”

Djokovic praised Andujar for the great match, saying it was one of the longest games he had ever played in his life.

Besides Tel Aviv, Djokovic also made an appearance during the Laver Cup team tournament last week, where he witnessed his longtime adversary Roger Federer retire.

On the eve of the Tel Aviv tournament, Djokovic asserted that retirement was not in his plans.

“I still want to play tennis even though I achieved pretty much everything that you can achieve in tennis,” Djokovic said. “I still have passion and hunger to play at a highest professional level.”

Djokovic said he was committed to competing at the Laver Cup and wanted to play three weeks in a row.

“The last time here, I had a fantastic experience,” Djokovic added.

He had previously participated in competitions in Israel when he represented Serbia in their Davis Cup match against Israel in 2006. Djokovic still has vivid memories of the game 16 years later.

“It was the loudest atmosphere I ever experienced, very passionate people for sport here. I love to see that,” Djokovic said. “This week is mostly about tennis for me, I hope to play well here and to see a lot of people come to watch my matches.”

Djokovic is the reigning Wimbledon champion and is currently ranked 15th in the ATP Live Race to Turin. He is the Grand Slam winner, and if he stays in the Top 20, he will qualify for the Nitto ATP Finals from November 13 to November 20.