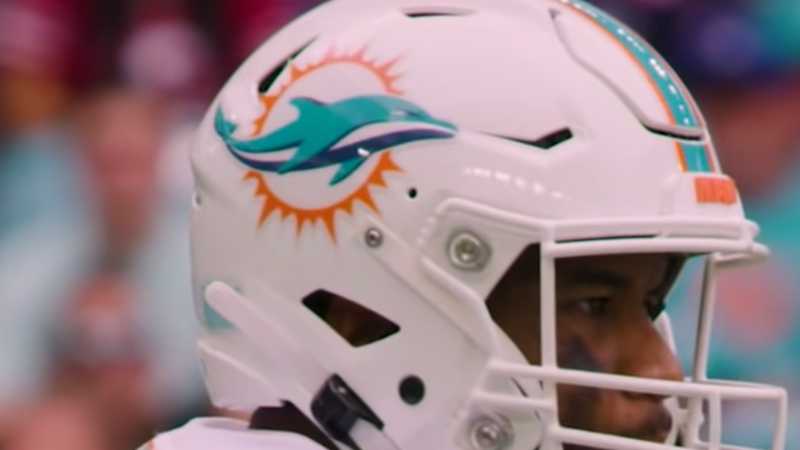 The National Football League Players Association (NFLPA) has fired the independent neurotrauma consultant who allowed the Miami Dolphins’ quarterback Tua Tagovailoa to return to last Sunday’s game against the Buffalo Bills after receiving a serious injury.

Tagovailo hit his head during a game against the Bills, causing him to leave the field for a while, but he returned after being cleared by medical experts.

The UNC who performed Tua's concussion test Sunday has been fired, a league source tells me, after it was found he made "several mistakes" in their evaluation

He received another injury on Thursday during a game against the Cincinnati Bengals. Josh Tupou tackled Tagovailoa to the ground, injuring his head and neck. He lay still on the ground with his hands frozen before he was taken to a nearby hospital.

The Dolphins’ head coach Mike McDaniel said the incidents on Sunday and Thursday were unrelated, saying that Tagovailoa had been examined for Thursday’s game.

“I get the optics. I get exactly what it looks like …,” McDaniel said. “[But] I can exude with 100 percent conviction that every person in this building had 100 percent the correct process.”

#Dolphins coach Mike McDaniel asked if he would do anything differently: "I have 100 percent conviction in our process regarding our players. This is a player-friendly organization. … There was no medical indication from all resources there was anything regarding the head."

Many players and coaches have shown their disapproval of Tagovailoa’s return. The Baltimore Ravens’ head coach John Harbaugh said he had never seen anything like the incident involving the Dolphins and Tagovailo during his 40 years as a coach.

“I couldn’t believe what I saw last Sunday,” Harbaugh said. “It was just something that was astonishing to see.”

The NFLPA had said Friday that it was focused on the medical judgments made during the evaluation process, more so than on the process itself. The joint review by the NFL and NFLPA on whether the protocols were followed properly is ongoing.

The Concussion Legacy Foundation’s founder Chris Nowinski said that Tagovailoa should not have been allowed to continue to play because it was clear he had suffered a concussion.

“Tua showed five distinct signs of concussion,” Nowinski said. “Anybody who has any training on concussions or cares about Tua as a human is not putting him on field four days after what he showed on Sunday, so this makes it so much worse because we know that this could be career-ending or season-ending. It should be season-ending, in my opinion. And it just shows just a lack of care for him as a human being.”

The NFLPA cited several factors in terminating the unaffiliated neurotrauma consultant involved in Tua Tagovailoa’s concussion check last Sunday – including failure to understand his role as UNC and hostility during the investigation process, sources tell me and @RapSheet.

NFLPA president JC Tretter shared his opinion on Twitter, saying that everyone was outraged over the situation and concerned for Tagovailoa’s well-being.

“What everyone saw both Sunday and last night were ‘no-go’ symptoms within our concussion protocols,” Tretter said. “The protocols exist to protect the player and that is why we initiated an investigation.”

He said that NFLPA would take “every possible measure” to discover the truth and punish anyone responsible.

“We need to figure out how and why the decisions were made last Sunday to allow a player with a ‘no-go’ symptom back on the field,” Tretter added.

The NFL and NFLPA are conducting a joint review over Tagovailoa’s concussion evaluation. Although the result of the review has not been revealed, the NFLPA has seen it fit to terminate the consultant who allowed Tagovailo’s return.

The NFL Players Association has exercised its prerogative to terminate the Unaffiliated Neurotrauma Consultant involved in the Tua Tagovailoa situation last Sunday, per source.

According to NFL Network’s Tom Pelissero, the Dolphins team and the doctor were interviewed on Friday. The NFLPA deemed the doctor to have committed “several mistakes” during the game.