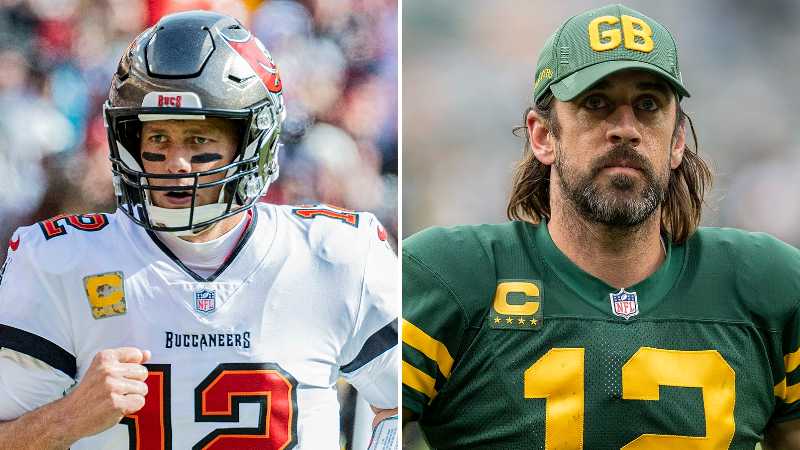 On Sunday in Week 3 of the NFL, quarterbacks Tom Brady of the Tampa Bay Buccaneers and Aaron Rodgers of the Green Bay Packers are set to clash at Raymond James Stadium.

Brady and the Buccaneers are 2-0 after winning two tough road games. Brady and wide receiver Mike Evans connected for the game-winning touchdown in the Bucs’ 19-3 win over the Dallas Cowboys in the season opener.

However, in a game against the New Orleans Saints, Brady started a brawl that ejected Evans, then went on to throw the game-winning touchdown pass to WR Breshad Perriman, leading Tampa Bay to a 20-10 victory.

In a matchup against Chicago Bears, Green Bay’s RB Aaron Jones rushed for 132 yards and a touchdown and caught a pass from Rodgers which led the Packers to a 27-10 win. Rodgers completed eight passes to eight distinct receivers. None of them received more than three receptions.

“So, I watched a lot of that game [Packers and Chicago], we got a big challenge ahead of us,” Brady said on the Let’s Go! podcast with Jim Gray.

“And it’s always exciting to go up against the good teams. And I feel like we faced two good teams earlier in the year that we started with. We’re facing the third one now and we’ve got to rise to the challenge and we’re playing at home for the first time. It’s our home opener,” The 45-year-old said.

With the Buccaneers’ offensive struggles thus far, Brady said he and the team must improve in their next test against Rodgers and the Packers.

“I’m excited to be out there in front of our home crowd, but it’s going to take better football and offense we play, and we’ve got to start playing the way that we’re capable and I’ve got to start doing a better job and it starts this week and that’s all we got ahead of us is this week. And it’s going to be a hell of a game and I can’t wait to get out there.”

If all else fails, the Buccaneers can rely on their defense against the Packers on Sunday, as they have done in the previous two games. While the Bucs’ run defense allowed some big rushing plays in Week 1, it has been and continues to be a strength, allowing only 86.5 yards per game. They also rank eighth in the league allowing 189.5 passing yards per game

The NFL announced that they suspended the receiver, Mike Evans, without pay for “unnecessary roughness and unsportsmanlike conduct rules violations” on Monday after his fight during the Buccaneers-Saints game.

Brady will not be assisted by the 29-year-old in the Bucs’ home opener against QB Rodgers and Green Bay on Sunday. The Buccaneers are already without wide receivers Chris Godwin and Julio Jones due to injuries. And neither is expected to return this week.

The altercation happened when Evans noticed both of his teammates, Brady and RB Leonard Fournette, arguing with the Saints’ CB Marshon Lattimore and safety Marcus Maye. Fournette and Lattimore exchanged shove just before Evans charged in and knocked Lattimore to the ground.

Evans is the second Buccaneer this season to catch one of Brady’s two touchdown passes. He is the only receiver with more than 100 receiving yards (132) through two games, and he leads the Bucs in receptions with eight.