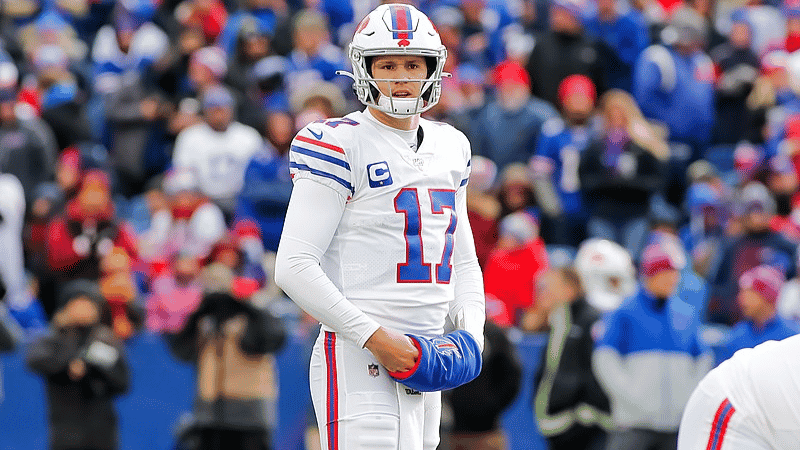 While some of the biggest names in football have a reputation for being respectful on the gridiron, the players who participated in The Match, a golf outing at the Wynn Las Vegas, showed that they were also ready to take on each other when given a chance. Charles Barkley, J.J. Watt, and Trevor Immelman were among the commentators who joined the trash talk session between Tom Brady, Aaron Rodgers, Patrick Mahomes, and Josh Allen.

Although Rodgers and Brady eventually came out as the winners, plenty of blows were delivered by the four quarterbacks. Before the event started, the participants had already started trash talking. Most notably, Brady and Rodgers delivered their usual trash talk before the start of the round.

The four quarterbacks revealed that they were not afraid to trash talk their opponents during the event. For instance, Mahomes said his biggest fear was a coin toss against Allen. This was alluding to the possibility of facing off against Allen in the NFL playoffs in 2022.

Despite his nerves, Allen was still able to prepare for his upcoming encounter with the other quarterbacks. When asked what kind of golf balls he would be using, he said he was eager to use one with Brady’s famous NFL combine pictures.

Brady seemed ready for the challenge as he showed Allen a customized golf ball that featured a Lombardi Trophy, which he had won multiple times. Although Rodgers and Mahomes have won the Super Bowl, Allen is the only quarterback to never play in it.

Brady, who used to be a rival of Allen in the AFC East, delivered another insult to his former rival. After criticizing Allen for his approach to shooting the ball, Brady referred to his shot as a little chunky. Allen then assured him that the production crew would fix his image. This was a subtle reference to Brady’s infamous hole-out drone video.

After Rodgers and Brady got off to a good start, Rodgers suggested that they have some fun by taking it easy. As expected, there were some rough moments during the game.

Spectators were constantly in the danger zone during the event as the shots often missed the holes. Many of them were also hooked and left on the course. As the event was happening, Barkley started to talk about the talents of the participating quarterbacks.

Aside from talking about the participants’ performances on the course, Barkley also delivered his own commentary. For instance, he criticized Shaquille O’Neal, He also pointed out the fact that Justin Thomas, a former professional golf player, was unable to join Barkley’s alma mater, Auburn.

Former pro-golfer Immelman, who won the 2008 Masters, tried to help Brady with his swing. He also taught him to hit a shot farther to the right to fix his performance. Brady succeeded in doing so.

Despite the various jokes made during the exhibition, it was still a fun and competitive outing. Mahomes said this might not be the last time the league’s top quarterbacks participate in the event.