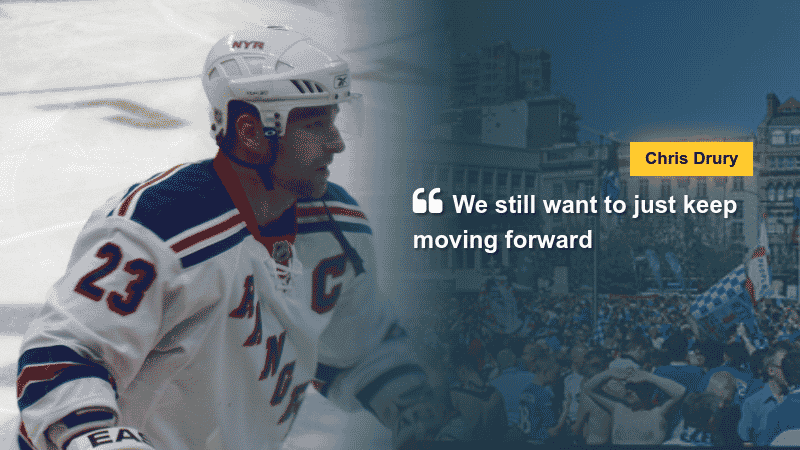 The New York Rangers currently have four picks in the upcoming NHL Draft, which begins on Thursday, July 7th at 7 p.m. in Montreal. While the Rangers do not have a first-round pick this year based on the terms of the Andrew Copp trade, they will have picks in subsequent rounds on Friday, July 8th, beginning at 11 a.m.

The Rangers president and general manager Chris Drury will have to perform a miracle in the 2022 NHL Draft, as with only four draft picks, everything will come down to evaluating the team’s needs and addressing them as best he can.

“We still want to just keep moving forward,” Drury said during his end-of-season conference call with journalists when questioned about the club’s goals.

He went on to say that the Blueshirts will keep striving to find the best players for all positions and will do everything possible to return to the game.

“Keep finding good players at all the positions. We’re doing a deep dive now and looking back, it’s still pretty fresh. We’re going to try to do everything we can to be better and be back in the playoffs.” Drury added.

The Rangers have drafted 35 players since the famous “The Letter” was sent out on February 6th, 2018, with 17 of them being selected in the first three rounds. In the first round, they selected Vitali Kravtsov, K’Andre Miller, Nils Lundkvist, Kaapo Kakko, Alexis Lafreniere, Braden Schneider, and Brennen Othmann. Four of those players are already part of the starting lineup.

The Rangers are currently expected to take 63rd overall in the second round. The team center prospect pool needs to be bolstered. In the hunt for a powerful center, players like Fraser Minten, Paul Ludwinski, and Topi Ronni could be the best candidates for trade.

The Athletic’s Scott Wheeler ranks Kingston Frontenacs center Paul Ludwinski 63rd. Ludwinski, who stands 5’11” and weighs 172 pounds, needs to bulk up about 20 pounds, but he’ll get there. In 67 games with the Kingston Frontenacs of the Ontario Hockey League, he recorded 43 points, 16 goals, and 27 assists.

TSN’s Bob McKenzie is widely regarded as one of the best draft experts in the business placed Topi Ronni of Finland finished 65th in his final rankings. With 29 points in 30 games for Tappara’s U20 team, imagine if he’ll play a bigger role for the Rangers’ pro team next season. His offensive skills, such as shooting and stickhandling, could be improved, but his speed and two-way game are already mature for his age.

These rankings differ greatly and are entirely subjective to the analyst. Regardless, if the Rangers don’t draft a center in the first or second rounds this year, they’ll almost certainly do so later round of the draft.