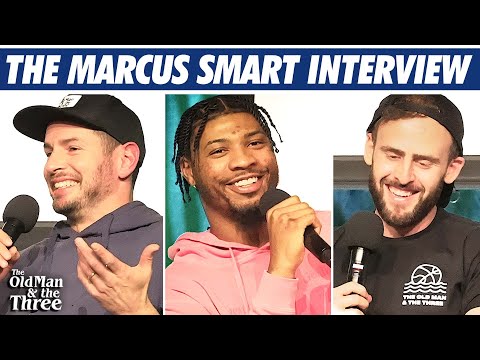 While the NBA Finals are yet to start, Boston Celtics guard Marcus Smart is already playing his part as an instigator. During a recent interview with NBA analyst and former player JJ Redick, Smart discussed how his team would have fared if they faced the Warriors in the 2018 Finals.

While it was disappointing to lose to the Warriors, Smart said it was also painful because he and his teammates believed they could have beaten them in the NBA Finals. He noted that instead of facing the likes of LeBron James and the Cleveland Cavaliers in 2018, the Celtics would have faced the Warriors.

“And to this day, we still [think] that if we went to the championship instead of LeBron [James] and [the Cleveland Cavaliers], we definitely would have beat Golden State that year,” said Smart, as per Bleacher Report.

What-ifs on Celtics vs Warriors in 2018

In the 2018 Eastern Conference Finals, Smart and the Celtics faced off against James and the Cavs. The team from Cleveland won Game 7 of the series, but it was ultimately swept by the Warriors in the Finals.

Despite the various factors that affected the Celtics’ chances of defeating the Warriors that year, Smart still believed they would have beaten them. Aside from the absence of key players such as Gordon Hayward and Kyrie Irving, the team also missed some of its most dynamic players, such as Jaylen Brown and Jayson Tatum.

The Celtics were eventually eliminated by the Cavaliers, who were the weakest version of his second stint with the organization. Despite the absence of some of their best players, Golden State still had several key players, such as Stephen Curry and Draymond Green.

Aside from Smart’s comments, the Warriors still have Curry, Green, Thompson, Iguodala, and Kevon Looney from the 2017-2018 season could serve as a motivating factor for the team. However, the Warriors probably don’t need Smart’s comments to motivate them after what happened to them last time they faced the Celtics.

Only three months ago, Smart suffered a severe knee injury during the Celtics’ game against the Warriors. It ended the regular season for Curry and forced him to start the playoffs as a reserve.

An unfortunate incident happened during the game between the Warriors and the Celtics. Head coach Steve Kerr of the Warriors didn’t like Smart’s actions.

Due to the incident, Smart is expecting to receive a lot of hate mail from the fans in San Francisco during the NBA Finals. He’s looking forward to facing the Warriors.

“I’m used to it. When am I not a target by fans, especially while going up against their favorite player? It’s always been like that,” Smart via Yahoo Sports’ Chris Haynes.