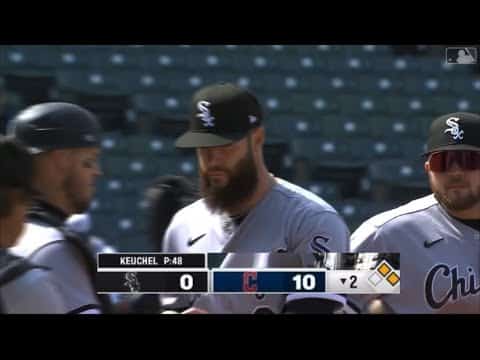 According to MLB Betting insider Jon Heyman, other MLB teams are still interested in signing Dallas Keuchel, despite his shaky start to the 2022 season with the White Sox.

Multiple teams are interested in signing him up, although it’s still unclear which team will be the suitor for the 2015 AL Cy Young Winner.

After a torrid performance through the first month and a half of the season, the White Sox decided to designate Keuchel for assignment on May 28.

Keuchel was in the final year of a three-year, $55.5 million contract with the Cubs. The White Sox are still on the hook for Keuchel’s remaining salary of $12.96 million, plus a $1.5 million buyout of his 2023 option since he cleared waivers.

Another team can sign him for a prorated share of a minimum of $700,000. The White Sox would be relieved of some of their financial obligations.

On May 28, the White Sox designated starting pitcher Dallas Keuchel for the assignment ahead of Chicago’s game against the Cubs on Saturday, and the team recalled infielder Danny Mendick from the Triple-A Charlotte Knights.

Keuchel allowed six runs and two home runs in just two innings during the White Sox’s disheartening defeat to the Red Sox by a score of 16–7 on Thursday at Guaranteed Rate Field. This brought his ERA for the season to 7.88 throughout his eight starts.

With similar marks of 12.2 percent, he has the second-worst strikeout/walk rate differential among those same groups. The percentage of grounder rate also decreased by a few more points, but it is still at a respectable point at 50.8 percent. The White Sox decided to release him due to his slow start, but given his performance before 2021, another team may give him the chance to play for them.

While his team has struggled, one of the numerous teams looking for rotation help will likely give him a look. A groundball pitcher like Keuchel would be well-suited to a strong defensive team like the Cardinals. They have lost Steven Matz, Jordan Hicks, and Jack Flaherty to injuries. The Cardinals could be

Keuchel’s concerns with back strain

The rough patch for Keuchel comes after the two-time All-Star produced a 6.82 earned run average in the second half of the previous. His lacking performance was due to concerns with a back strain he had been dealing with. After the White Sox’s defeat on Thursday, the 34-year-old pitcher had the impression that he still had some left in the rotation.

“If people want to write me off, that’s OK,” Keuchel said. “I’ve been written off before, and I’m a competitor, and I’m an athlete, and we’ll turn the tide. It’s not the first time this has happened. It can turn right back into our favor.”

“It’s been a little bit of a rollercoaster the first month and change and the second half of last year outside of a couple of injuries,” he added, pointing to injuries as a link to his early-season issues.