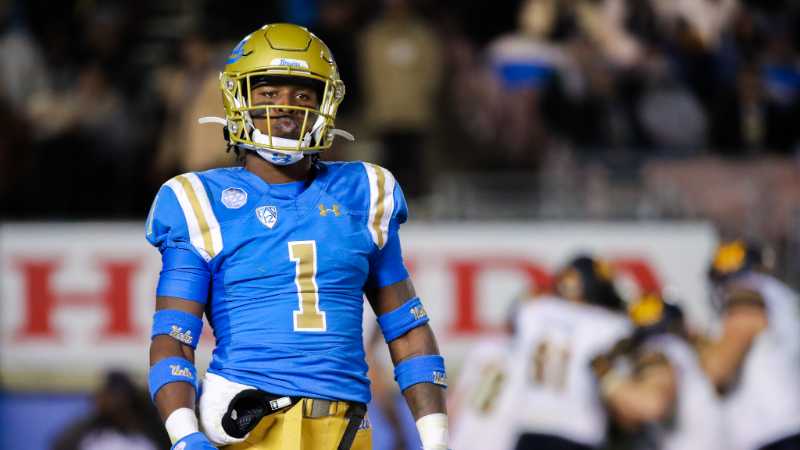 New York Giants cornerback Darnay Holmes has responded to a viral video of a team trainer working on him from the sidelines during a game against the Green Bay Packers. He said that he wanted to turn the moment into an NFT.

Holmes was seen receiving treatment outside as opposed to the usual blue medical tent. While a trainer worked around Holmes’ thigh area, fans could see him with his pants down and part of his bottom revealed.

This video was filmed and uploaded by someone in the crowd at Tottenham Hotspur Stadium in London. Because of the angle of this video, it looked like the trainer did something NSFW to Holmes.

Even though the video is quite embarrassing, Holmes joked about it in his reply to a tweet by Barstool Sports. He announced that had teamed up with Momento NFT to make an NFT of his viral video.

“Y’all need to chill, the tent wasn’t available!” Holmes tweeted Tuesday, referring to a lack of blue medical tents, which are a common sight in NFL games. “Everyone’s having so much fun with this vid, so I decided to team up with @momentoNFT and turn it into a nft. Gonna give away some signed balls and do some live streams too.”

Holmes’ video has become a joke both outside and inside the team. Giants safety Julian Love spoke on WFAN on Tuesday and laughed after being asked about the video.

“I knew that was gonna just instantly blow up. Like, dang Darnay, you’re getting freaky on the sidelines? I don’t know what’s going on,” Love said.

“…We’re all like ‘Why didn’t you block yourself? You see the fans are right behind you.’ Like, usually when you have to do something that requires you to pull down your pants or do something like that, you get covered. But he was just trying to get done as quick as possible, apparently.”

Love said he understood Holmes’ situation at that time but also wondered why Holmes didn’t go to the medical tent instead. The safety assured that Holmes was being chill with his viral video.

“He’s laughed through it all,” Love said. “Everybody is laughing, but he’s laughing with it.”

Holmes tried to make a joke about the viral video, but NFL fans trolled him even more.

“No f***ing way this is an NFT” one fan replied to Holmes’ quote tweet.

Despite Holmes’ weirdly suggestive video, the Giants performed admirably against the Green Bay Packers. New York rallied from a 17-3 gap in the second half to shut out Green Bay and win 27-22. The Giants improved to 4-1 so far.

Holmes was the Giants’ fourth-round pick in the 2020 NFL Draft and has played in 28 games with 10 starts. This season, he has recorded 13 tackles and two passes defended. During the game against the Packers, he recorded three tackles and one pass defended.

The Giants will play against the Baltimore Ravens in a Sunday home game. The team is expecting punter Jamie Gillan to return to practice after his passport issue in the United Kingdom is cleared up.

Gillan, who is from Scotland, was forced to stay in London after the game. According to the NFL Network, Gillan came to the United States as a teenager using a NATO visa with his father but did not change it to a work visa.