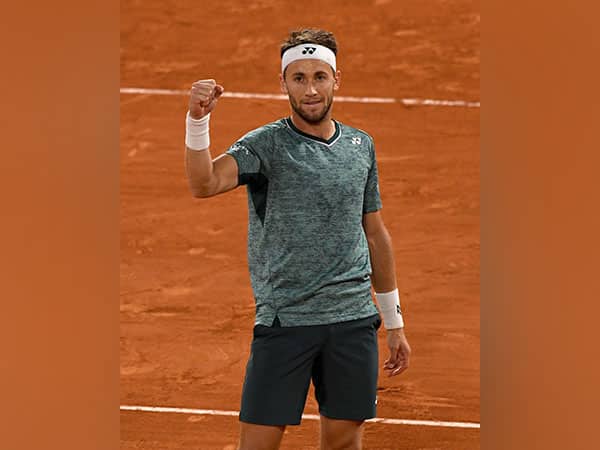 After defeating Holger Rune at the French Open, Casper Ruud became the first Norwegian player to reach a Grand Slam semi-final. Despite his opponent’s impressive performance, Ruud came out on top in four sets. He will now face Marin Cilic in the semi-final.

After the match, Ruud admitted that he was nervous before facing off against his opponent. He praised his opponent’s performance and said that he had a lot of nerves before the match even started.

Getting ready for the match was a challenging experience for Ruud, as he had to wait all day to get started. After winning the first set, Ruud said he was expecting to easily win the second set, but his opponent fought back and eventually took the lead.

“I had a lot of nerves all day,” Ruud told Eurosport’s Mats Wilander after the match.

Ruud noted that his opponent has become a more unpredictable player due to his improved technique. The 23-year-old has faced Rune four times in his professional tennis career. Although he knew a lot about his opponent’s playing style, he now plays more like a dangerous player.

“He plays fearless, plays a lot of big shots, and makes a lot of them so he makes it challenging for you and he’s going to be a dangerous player for many years,” Ruud praised his opponent’s performance.

Ruud was able to break his opponent’s serve in the first game of the match, and he continued to play aggressively throughout the rest of the set. He was able to take a quick lead of 5-0 after converting his third breakpoint. Rune changed his strategy during the second set by making multiple drop shots and volleys. He could get on the board at 1-1 by hitting his own racquet on the ground.

However, Ruud’s opponent was able to break him in the next game after he mishit a hard-hitting service return. The crowd in Paris erupted as the Norwegian player was able to take a 5-4 lead. He then served four straight points to level the match.

The third set was very close until Ruud could break Rune’s serve in the seventh game. The Norwegian was then able to take a lead of 4-3 after his opponent sent his forehand into the net. After a quick break, his opponent was able to retake the information. He was able to break back after Ruud made an unforced error.

The two players were able to battle it out in a tight tie-break, and Ruud was able to take a 4-2 lead. He would not look back after that, and he was able to move closer to a semi-final. Both of them were at a disadvantage until the fourth set when Ruud was finally able to break his opponent’s serve.

An unforced error from his opponent gave Ruud three match points in the next game. He was then able to take the lead and win the game with a backhand winner. He secured the victory with a winner that just hit the line.