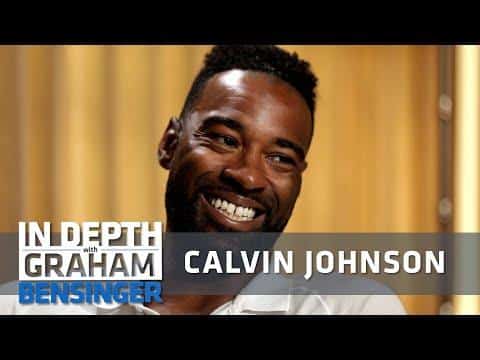 Former NFL wide receiver Calvin Johnson recently discussed the financial lessons he learned going from bagging groceries to managing the salary of a professional football player. Johnson retired in 2016 after a storied, eight-year career in the Detroit Lions. He reportedly now has a net worth of $45 million.

When it comes to big financial decisions such as contracts, Johnson said it is best to discuss it with someone experienced in the field. As a professional NFL player, he was offered countless contracts but did not have the financial or legal knowledge to understand them. To resolve this issue, he discussed the offers with his attorney.

“[The] best financial advice I ever received was probably from my attorney — ‘Just let me read everything you get.’ Those attorneys, they pull out like, ‘OK, this isn’t right. This little sentence right here can be the difference in, you’re getting your money or you’re not.’ Stuff like that, stuff that I wouldn’t see,” said Johnson.

Johnson has a team of people he trusts to handle financial matters. If there is something about a contract or an investment he does not understand, he will ask his team to help explain it to him. He said a financial advisor would always understand clauses in contracts and explain their terms and conditions.

The former athlete added that his financial and legal team were “very big on education”. They make sure he understands the situation before making a decision.

Johnson said he regretted loaning money to his family and friends since it complicated their relationship.

“You loan money and you think you’re going to get it back, especially [from] people that are close to you, but I would tell anybody now, if you’re loaning money to a friend or anyone close to you, just know that you’re not getting it back,” said Johnson.

“I’ve loaned a lot of money to people and I’ve grown. I’m just like, ‘OK, I know I’m not going to get it back.’ It’s cool with me now, but what that does though is it sours relationships.”

Johnson said he did not expect the money he loaned back. He said people should value their relationships with others over money.

“Money you can always get back, but relationships, you’ve got to cherish those”, added Johnson.

Finally, Johnson shared his failure in managing his money before he had a professional football player’s salary.

“I had no money. It just went from not having anything to having something. My first job was bagging groceries at Publix and my second job was actually working at Delta, putting the bags on the plane,” Johnson said.

“The money that we made from that, I spent pretty fast probably. I’m trying to think [about] what happened to that money in college. We didn’t make a whole lot of money, maybe a couple of thousand dollars, but that goes fast.”