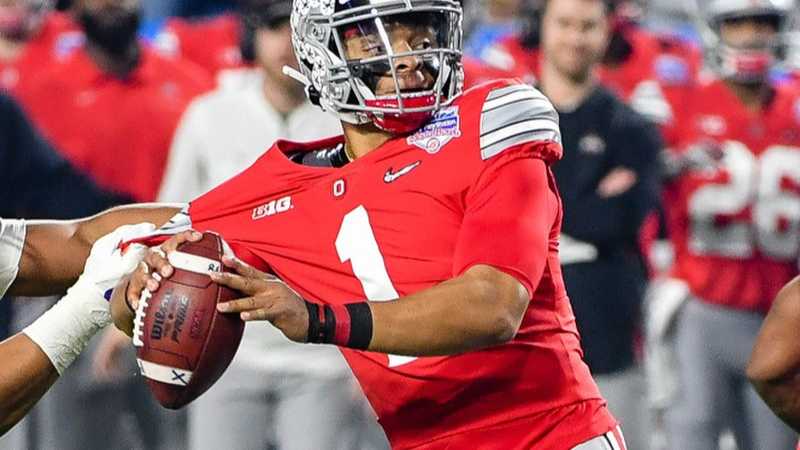 The Chicago Bears’ quarterback Justin Fields took time Wednesday to clarify his comments following Chicago’s loss to the Green Bay Packers. He said that he did not intend to offend anyone, particularly the Bears’ fans.

Fields received some backlash on social media for his seemingly harmless response to a postgame question. He was asked if the loss to Green Bay was made more painful by the rivalry and how much the fans wanted a rare victory over the Packers. Then, he answered that it hurts more in the locker room than the Bears fans.

“At the end of the day, they (fans) aren’t putting in any work,” Fields said. “I see the guys in the locker room every day. I see how much work they (the Bears’ players) put in. Coming out of a disappointing loss like this, hurts. We just have to respond.”

On Wednesday, Fields was asked about his approach to dealing with his mistakes while not letting them fester. Instead of answering that question, he changed the focus to his postgame remarks.

“What I meant by that is I’m talking about work regarding the game on Sunday, winning the game,” the former Ohio State star said. “I don’t know any fans. I don’t know what they’re doing in their personal lives. I respect every fan that we have.”

“I talked to my dad about it, and as long as I’m going to be in this position there’s going to be stuff like that that pops up. As long as I’m in this profession that it’s never going to go away. So just gotta either be really clear to everything that I say, be really descriptive to what I mean, or really just don’t say anything at all.”

The 23-year-old quarterback said that he was aware of the backlash after he was tagged in the comments. Fields viewed the situation as a learning experience for him afterward. Fields said that he was so frustrated after the game that he didn’t want to hold the mandatory postgame news conference for fear of giving the wrong impression to people.

In the last game against the Packers, Fields recorded 7 of 11 for 70 yards and 48 net passing yards. He has thrown 28 passes, which is a league-low, and his 15 completions are tied for 31st among qualifiers. He said that he aimed only to win the game as a team and would not have any problems if he threw zero passes.

Chicago has bigger concerns other than Fields’ comment on the postgame against Green Bay, which is their offensive plan and the lack of a passing attack. The passing game got off to a great start in Chicago’s win over San Francisco at Soldier Field for the season-opener. But the Bears couldn’t get going against the Packers last Sunday.

The Bears have 153 yards passing so far, which is a league low. In addition, Chicago made no significant offensive additions during the offseason. Matt Eberflus, the Bears’ head coach, is concerned about this but isn’t concerned about guarding against forcing pass plays to achieve a more balanced approach. The head coach said it is so early and the Bears still have a chance to move forward.