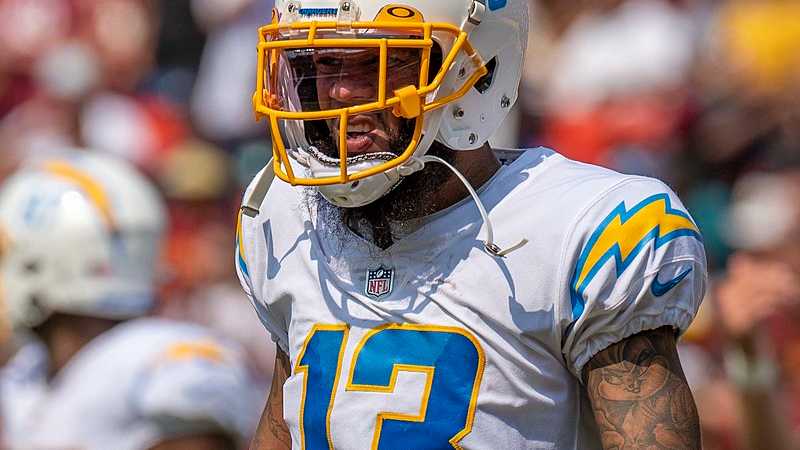 The Los Angeles Chargers have confirmed that wide receiver Keenan Allen would not be in the lineup against the Houston Texans. According to ESPN’s Adam Schefter, Allen will miss the game due to a hamstring injury.

Allen previously suffered a hamstring injury in the Chargers’ season opener against the Las Vegas Raiders. Then, he missed two consecutive games, both of which ended in losses.

The 30-year-old WR was predicted to return for the Chargers’ Sunday matchup against the Texans, but the Chargers added him to their injured list. Therefore, he will most likely skip his third game consecutively this season.

Chargers ruled out WR Keenan Allen for Sunday’s game against the Texans due to his hamstring injury.

ESPN’s Lindsey Thiry predicted that the Chargers’ offense would be obstructed to improve without Allen on their starting roster. The Chargers have never scored more than 24 points this season compared to last season’s form when they managed to do so in 11 of 17 games.

Adding to the Chargers’ situation, some players are also set to miss the game. Center Corey Linsley (knee) and tight end Donald Parham Jr. (hamstring) were confirmed by the Charger’s board as “questionable” players to play against the Texans. Earlier this week, left tackle Rashawn Slater and edge rusher Joey Bosa were placed on the injured reserve list.

Meanwhile, both cornerback J.C. Jackson (ankle) and quarterback Justin Herbert (rib cartilage fracture) have been confirmed to play against the Texans.

Earlier in the week, Los Angeles’ coach Brandon Staley expressed his opinion that Allen might be able to play against the Texans.

However, Staley said that Allen “kind of felt something” during individual drills at the Chargers’ practice session. He said that he would try to oversee Allen’s injury condition next week before adding him to the Chargers’ roster.

“We’re going to hold him out of this game, just going to make sure that he keeps making progress,” Staley said. “Just don’t want to push it where you have a significant setback of a major injury, so he couldn’t make it this week and next week we’ll give it another shot.”

Despite Allen’s injury, Staley said that his condition has improved, although he won’t be able to make it to play against the Texans.

“Just didn’t make enough progress to make it to the game,” he said.

With Allen out and the Chargers sitting at 1-2, Staley is expected to use wide receivers Mike Williams and Josh Palmer as the primary targets for Herbert’s pass in the wideouts area.

Both Williams and Palmer had 24 receptions for 272 yards and three touchdowns from three games played.

On the Texans’ roster, TE Pharaoh Brown (shoulder) and DL Kurt Hinish (foot) are listed as questionable on the team’s injured reserve list, per ESPN.

The Texans have also ruled out OT Austin Deculus and TE Brevin Jordan for Sunday’s contest against the Chargers at NRG Stadium in Houston, Texas, due to their ankle injury.