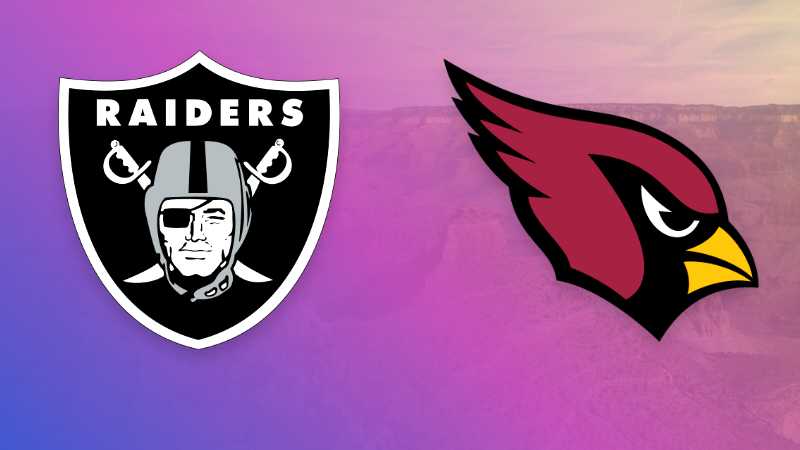 The Arizona Cardinals won 29-23 over the Las Vegas Raiders during Week 2 of the 2022-2023 NFL regular season and secured the win in the overtime period.

Before snatching the win, the Cardinals went scoreless in the first half and chased down the score, tying it up in the fourth quarter. The Cardinals then tallied a touchdown in the overtime.

As host, the Cardinals allowed the Raiders to score 20 points in the first half. The Raiders started the scoring barrage when wide receiver Davante Adams tallied their first touchdown when receiving a one-yard pass from Derek Carr, the Raiders’ main signal caller. Then, Carr threw a three-yard pass to another WR Darren Waller for the team’s second touchdown.

Summing up the first half, a pair of goal kicks from K Daniel Carlson led the Raiders with a 20 points difference against the scoreless Cardinals.

In the third quarter at five minutes mark, the Cardinals wide receiver Greg Dortch tallied a touchdown after receiving a five-yard pass from QB Kyler Murray. The score went to 7-23 for the Raiders’ lead before Carlson kicked a 25-yard field goal.

In the fourth quarter, the Cardinals managed to tie the score to 23-23 to force overtime. The Cardinals did two two-point conversions to chase 16 points margin against the Raiders.

At 8:13 in the fourth, Murray snapped for nine plays for 54 yards that led to RB Darrel Williams’ one-yard rushing touchdown. Then, Murray converted his first two-point conversion by rushing to the end zone, the score went to 15-23.

In the last minute of the fourth quarter, Murray rushed for a three-yard TD. He tallied his touchdown with 00:00 on time remaining. Then, he did a two-point conversion by passing the ball to A.J. Green for two extra points, and the score tied 23-23 as the game went to the overtime period.

In overtime, the Raiders did an error that led the Cardinals to snatch the win with 29-23. It occurred when the Raiders’ receiver Hunter Renfrow fumbled the ball when playing the offense game. Then, the Cardinals’ CB Byron Murphy recovered the fumble and took the ball to the end zone for a 59-yard return that led to a deciding touchdown. Murray, who led the team with one passing TD and a rushing TD shown pumping his throwing arm with joy to celebrate the win.

Aside from the Cardinals’ comeback win, there were several matchups in the Week 2 of the NFL. The Tampa Bay Buccaneers set for their road game against the New Orleans Saints, with QB Tom Brady expressing his frustration by throwing his communication device in the third quarter. Brady then showed stellar performance and led the Buccaneers to win against the Saints with a 20-10 result.

On the other hand, two teams in NFC South, the Carolina Panthers and the Atlanta Falcons, both suffered losses. The New York Giants defeated the Panthers with a tight 19-16 score, while the Falcons were defeated by the reigning NFL champions Los Angeles Rams with a 31-27 result. The San Francisco 49ers defeated the Seattle Seahawks with a convincing 27-7 score.

In other games, the New York Jets defeated the Cleveland Browns 31-30, the Jacksonville Jaguars crushed the Indianapolis Colts 24-0 and the New England Patriots secured a home win 17-14 over the Pittsburgh Steelers.