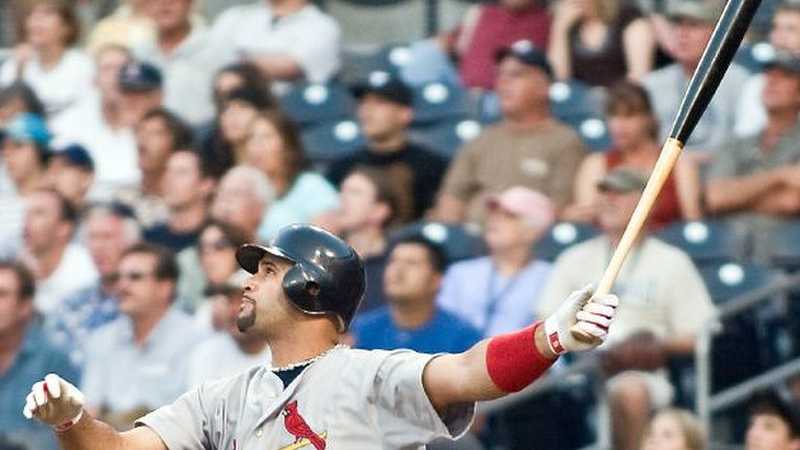 On Friday night, the St. Louis Cardinals’ first baseman Albert Pujols hit his 701st home run during a game against the Pittsburgh Pirates, which the Cardinals won 2-1.

Pujols smashed his 701st homer when he was at at-bat facing his former teammate, the Pirates’ pitcher Johan Oviedo. He hit the 398 feet slider ball to the left side of the field of Busch Stadium which led to his solo drive RBI.

Oviedo became the 456th different pitcher Pujols has homered against. For a week, Pujols had not tallied a home run since the last time he did his 20th and 21st homer of the season against the Los Angeles Dodgers last Friday.

“It was a good pitch to hit and I just put the best swing on the night on it,” Pujols said. “That was it. A 1-2 count, just not trying to do too much.”

With his 701st homer, Pujols tied the game 1-1. He left the dugout and tipped his cap to the crowd on the occasion of appreciating their standing ovation. He said that he was not expecting appreciation from the crowd.

The #STLCards present Albert Pujols with a gold bat and a commemorative poster signed by the entire team in recognition of his 700th home run. pic.twitter.com/S0M66Jwent

“It’s pretty awesome,” Pujols said. “I didn’t know it was going to be like this. It’s pretty good just to be embraced like this. I mean this is what I’ve been getting all year long but today was extra special. It was a great night overall.”

Pujols’ latest homer is his 55th time against the Pirates and his third most against any team in the league. He hit his most career homerun record against the Houston Astros (70) and the Chicago Cubs (62).

With his 701st homers, Pujols is listed number fourth on the most home run tallied by any MLB players, sitting behind Barry Bonds (762), Hank Aaron (755) and Babe Ruth (714).

The Pirates manager Derek Shelton applauded Pujols’ accomplishments. He noted that the 42-year-old Pujols is one of the best MLB hitters.

“I think we’re seeing one of the best hitters of our generation and he’s had an unbelievable second half,” Shelton said.

On the other hand, the Cardinals pitcher Jack Flaherty said that he was happy about playing as Pujols’ teammate. In that game, Flaherty allowed four hits and struck out six times.

“He’s done it in a lot of my starts. I feel like every time I go out there he’s going to hit one,” Flaherty said. “I get to see the ball come off the bat and hear everybody, so it’s fun when he does that.”

For the upcoming game, both teams will play two of their four-game series with RHP Luis Ortiz (0-1, 1.17 ERA) starting for the Pirates and LHP Jordan Montgomery (8-6, 3.50 ERA) on the mound for the Cardinals.