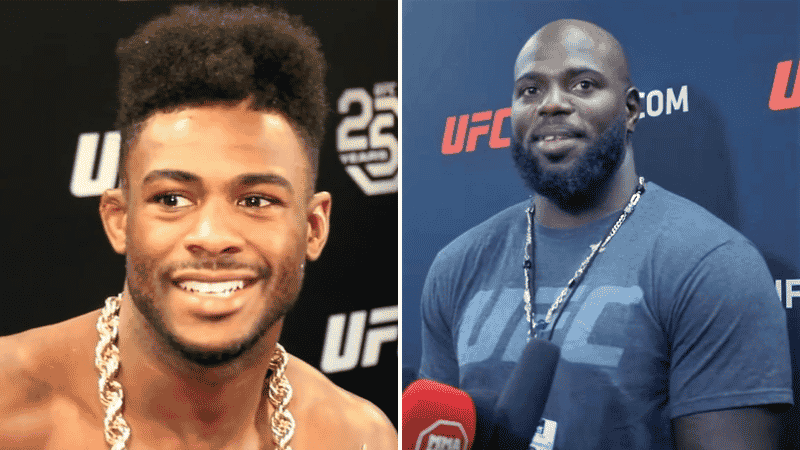 In the main event of UFC 56 Vegas, Alexander Volkov was able to knock out Jairzinho “Big Boy” Rozenstruik in just 2:12, prompting the referee to stop the fight.

Although he was clearly hurt by the early blows, Rozenstruik got up on his feet and protested the stoppage. Bantamweight championAljamain Sterling, however, said referee Herb Dean made the right decision.

In an interview, Sterling said that it was a fun event. He also talked about the various blows delivered to the former, including a right hand and a vicious cage uppercut.

According to the bantamweight champion, it seemed like the fight was over after the first couple of blows, and he also noticed that the referee stopped the fight after the latter bowed down.

“From what I watched, it seemed to me that he went limp twice, and when you do this, even if you get up, if you go limp, it seems that the fight is over because it seems that between the brain and the body, and you just bowed down and did not answer.”

In his post-fight press conference, Volkov voiced a similar opinion, saying that he was ready to leave his opponent before Dean decided to stop the fight and save him from further injury. Sterling said that it was the referee’s job to protect the fighter, and he asserted that Dean did the right thing. Despite being hurt badly, however, Rostenstruik was still able to recover quickly.

UFC 275 is days away check out all our fight picks here!

Sterling said it was good that his opponent could get back on track after being hurt, as it showed that he was in good shape. However, he maintained that there should be a fine line between allowing a fighter to fight another day and punishing them for their actions. If the referee did not stop the fight, the damage his opponent suffered would have been much worse.

Sterling praised the referee for making the right decision by jumping up when he saw that Rostenstruik was finished. The bantamweight champion said that the referee took the opportunity to protect the fighter by getting in the cage.

Volkov is a massive man with a 6-foot-7 frame. When Sterling saw the fight between the two men, he said that it was like witnessing a battle between two big brothers. When Volkov hit the other man, the bantamweight champion said he could only imagine what it was like. “I don’t want to think about what it’s like, but it’s the perfect stop,” Sterling said.