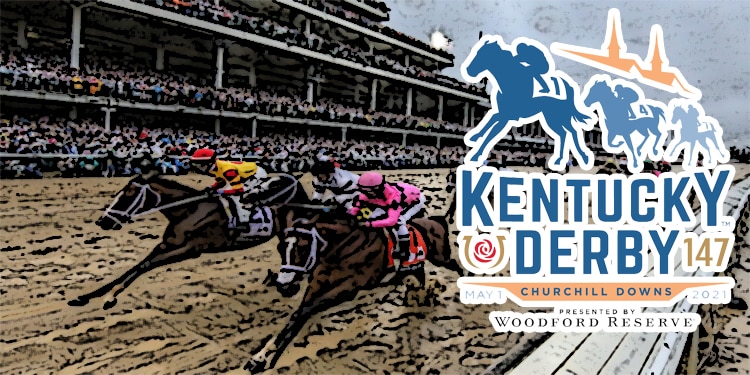 The Kentucky Derby is back in May! It won’t be the party that we’ve been accustomed to seeing, but it should be a much more jovial environment than what we saw last year when the race was moved to September.

We have a full field of 20 for this one and the post positions have been a big talking point. Keep in mind that Churchill Downs has a new starting gate. That was a change last year, when the auxiliary gate was taken out of commission and a gate that fit all 20 horses was utilized. The race didn’t have 20 horses, but the playing field is a lot leveler now with the new starting gate.

There is a lot of traffic and this is a long race, so those are two factors you want to consider in your handicapping. Let’s look at the post draws and the odds for the 147th Kentucky Derby (may vary based on sportsbook):

Todd Pletcher only has two Kentucky Derby wins to his name. Super Saver in 2010 with rider Calvin Borel and then Always Dreaming in 2017 with rider John Velazquez both did the deed for Pletcher. He has four horses in this 20-horse field, so we’ll see if he can score that elusive third win.

Bob Baffert, who has had the winner of two of the last three and three of the last six Kentucky Derby races, only has one entry with Medina Spirit.

Pletcher has the two wins. Doug O’Neill won with Nyquist in 2016. Otherwise, none of the trainers in this field have a winner in the Derby. We’ll see if one of them makes history here.

Essential Quality (2/1) – The most likely to make history according to the race odds is Brad Cox. He’s the trainer for Essential Quality, the favorite from the 14 post with jockey Luis Saez. This would be a seminal moment for Saez as well, having never rode the winner in the Derby.

It would also be history for Godolphin, the ownership group that has never had a Kentucky Derby winner. If Essential Quality fails to win, it will be the first time in the son of Tapit’s career that he didn’t cross the finish line first. The winner of the Blue Grass Stakes by a neck over Highly Motivated has gone off as the favorite in four of five races and won all five, four of them with Saez in the mount, including the Breeders’ Cup Juvenile back in November at Keeneland.

Rock Your World (5/1) – Rock Your World is the John Sadler colt from sire Candy Ride and dam Charm the Maker. The lightly-raced three-year-old won the Santa Anita Derby, running clear by 4 1/4 lengths in the nine-horse event. Medina Spirit was the distant second. Rock Your World is 3-0 in his career, but the first two races were on turf.

Did he just take to dirt well for the Santa Anita Derby? The long travel and the longer distance are questions here in a field with a lot more speed than what we saw on April 3 in California.

Known Agenda (6/1) – Known Agenda drew the short straw with the rail post for trainer Todd Pletcher. The son of Curlin has three wins in six races, including a very impressive run in the Florida Derby at Gulfstream Park with a huge closing burst in the 11-horse field. That 101 speed figure was the biggest of his career and a huge performance in a stakes race after finishing fifth in the Stephen Davis and third in the Remsen. Perhaps Irad Ortiz Jr. has unlocked this colt’s potential.

The rail post is a tough one, especially because this is a stalker that has a big late burst. Will getting boxed in by a bunch of long shots left too little time for Known Agenda to make a push? That seems to be the biggest question.

Hot Rod Charlie (8/1) – Hot Rod Charlie for Doug O’Neill and jockey Flavien Prat is a strong horse. With over a million dollars in winnings already, most of it from the Louisiana Derby at Fair Grounds, O’Neill has reassumed control of the colt heading into the Kentucky Derby. It is a bit interesting that Joel Rosario, who had the last two rides in the Louisiana Derby and Robert Lewis Stakes, is not in the mount here.

Prat did win the 2019 race on Country House, a finish that everybody will remember forever on a sloppy and muddy track. Rosario rides Rock Your World instead of Hot Rod Charlie and that seems pretty telling.

There are only four horses lined in single digits, at least according to the morning line odds, but we should see some movement with some of the others here. There are some interesting horses in the 10/1 to 20/1 range.

Highly Motivated (10/1) – There are some good connections here with Highly Motivated, as trainer Chad Brown teams up with jockey Javier Castellano, a very esteemed rider that is still missing this crown jewel of horse racing. Highly Motivated has ripped off three straight speed figures in the 100s to finish on the board in the Nyquist, Gotham, and Blue Grass Stakes. He lost by a neck to Essential Quality and led most of the race in the Blue Grass. He was 5 1/2 lengths ahead of third-place finisher Rombauer, so he was clearly the best or second-best.

The distance may have been a bit of a factor for Highly Motivated, who was going longer than a mile for the first time. You always worry about distance here with the 1 1/4 miles of the Derby, but offspring of Into Mischief have been horses to watch over the last two years.

Mandaloun (15/1) – Is Mandaloun the under-the-radar candidate to take a look at in this race? Another son of Into Mischief, the three-year-old got bumped outside as the favorite in the Louisiana Derby and never picked up stride for Brad Cox and Florent Geroux. Undeterred, the team is together again here from the #7 post. An impressive win in the Risen Star showed a lot of growth before the disappointing sixth at the Louisiana Derby.

It wasn’t the best of trips, but Mandaloun has run in traffic before and was trending towards a top-end performance after the Risen Star. Don’t sleep on this colt.

Midnight Bourbon (20/1) – I cannot get Midnight Bourbon out of my head. He’s hit the board in seven straight races and comes from the very successful Winchell Thoroughbreds farm, a group that has yet to produce a Derby winner, but has done well elsewhere. Mike Smith is in the mount and he’s a guy that can usually get his pick of the litter for these big races.

With four different jockeys in seven races, Midnight Bourbon has hit the board in all seven, including a win in the Lecomte Stakes. Since turning three, the speed figures have gone up and he’s had some solid workouts leading up to the Derby. If a long shot it going to spoil the party, the son of Tiznow and Catch The Moon could be it.

Soup and Sandwich (30/1) – Soup and Sandwich has a long trip to the first turn with the 19th post, but the runner-up in the Tampa Bay Derby to Known Agenda is a lightly-raced three-year-old for Mark Casse, who had the Preakness Stakes and Belmont Stakes winner in 2019 with War of Will. A good start will be essential for Tyler Gaffalione, who was the rider on War of Will. If you’re looking for somebody to upset the party at a big number, this just might be it.

This race looks fairly wide open. Essential Quality is a good, strong favorite that should hit the board, but some of the double-digit prices fit nicely into exotics, like Midnight Bourbon and Mandaloun. I’ll have those three in an exacta box.

I’ll also have a straight bet on Known Agenda to win. The rail post is a drag, but this is a horse whose potential came to the forefront with Ortiz in the mount and he’s a strong, experienced rider to navigate what may be a tough start.