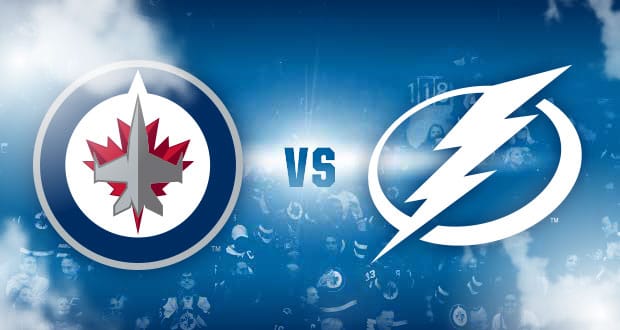 Patrik Laine, Mark Scheifele, and the Winnipeg Jets will do battle against Steven Stamkos, Nikita Kucherov, and the Tampa Bay Lightning at Amalie Arena in an East-West tilt. Fox Sports Sun will broadcast the matchup, which gets underway at 4 p.m. ET on Saturday, November 16.

Winnipeg is 11-9 straight up (SU) and has netted moneyline bettors 2.9 units this year. 12 of its contests have gone under the total, while seven have gone over and just one has pushed. The Jets are 6-3 SU on the road in 2019-20.

Winnipeg has converted on 16.7 percent of its power play chances this season, a mark that’s right around league average. Its penalty kill is ranked 31st out of 31 teams, and the team’s successfully killed off only 71.4 percent of its penalties..

Averaging 30.1 saves per game with a .928 save percentage, Connor Hellebuyck (8-7-1) has been the primary option in goal for Winnipeg this year. If head coach Paul Maurice decides to rest him, however, Winnipeg could go with Laurent Brossoit (3-3), who has a .871 save percentage and 3.92 goals against average this year.

Over on the other bench, Tampa Bay is 9-7 straight up (SU) and has lost 2.8 units for moneyline bettors this year. Through 16 regular season matches, 10 of its games have gone over the total, while six have gone under and none have pushed. It’s 4-2 SU at home this year.

The Lightning currently have the second-best power-play unit in the NHL, as they’ve found the net on 30.8 percent of their extra-man opportunities this season. On the other hand, its penalty kill is ranked 25th overall, and it’s successfully killed off 76.8 percent of all opponent power plays.

Andrei Vasilevskiy has denied 27.7 shots per game as the top option in goal for the Lightning. Vasilevskiy has seven wins and four losses to his credit and has recorded a mediocre 3.01 goals against average and a subpar .902 save percentage this season.

For both of these teams, the over has hit in four of their past five matches.

Winnipeg skaters have averaged 10.2 giveaways over its last five home games, its season average of 10.7 giveaways per game (ranked 16th in the NHL).

Tampa Bay skaters have averaged 6.0 giveaways over its last five home games, an improvement from its season average of 8.4 giveaways per game (ranked 5th in the NHL).

This game features two of the more physical defenses in the league. Winnipeg skaters have dished out the league’s eighth-most hits per game (24.1) while the Lightning have handed the 12th-most (22.2).