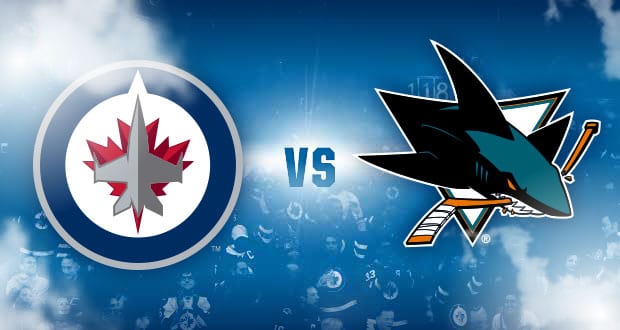 Two teams that have put themselves squarely in playoff contention, the Winnipeg Jets and the San Jose Sharks clash at the SAP Center. This Western Conference matchup will get started at 10:30 p.m. ET on Wednesday, November 27 and it will be shown live on The Sports Network.

Winnipeg has converted on just 15.5 percent of its power play chances this year, a figure that’s ranked 25th in the NHL. Its penalty kill is ranked 32nd out of 31 teams, and it has successfully killed off only 71.7 percent of its penalties.

For the team as a whole, Winnipeg has been penalized just 2.4 times per game overall during the 2019-20 season, and 3.0 per game over its last five road outings. The team’s been forced to defend opponent power plays just 6.1 minutes per game over their last 10 outings.

Averaging 29.3 saves per game with a .928 save percentage, Connor Hellebuyck (11-8-1) has been the primary option in goal for Winnipeg this season. If it chooses to give him a rest, however, head coach Paul Maurice might turn to Laurent Brossoit (4-3), who has a .876 save percentage and 3.89 goals against average this year.

Mark Scheifele and Patrik Laine will both look to continue their strong seasons for the visiting Jets. Scheifele (22 points) is up to eight goals and 14 assists, and has recorded multiple points five times. Laine has six goals and 14 assists to his name (and has notched at least one point in 13 games).

San Jose is 13-12 straight up (SU) and has lost 1.1 units for moneyline bettors this year. 13 of its contests have gone over the total, while 11 have gone under and just one has pushed. It’s 8-5 SU at home this season.

San Jose has converted on 19.5 percent of its power play opportunities this season, a figure that’s right around league average. On the other hand, its penalty kill is ranked first overall, and it’s successfully killed off 91.4 percent of all opponent power plays.

Martin Jones has stopped 24.9 shots per game as the top option in goal for San Jose. Jones has 10 wins, 10 losses, and one OT loss to his credit and has maintained a pedestrian 3.18 goals against average and a fairly-weak .891 save percentage this season.

Winnipeg is 2-1 in games decided by a shootout this season while San Jose is 2-0 in shootouts.