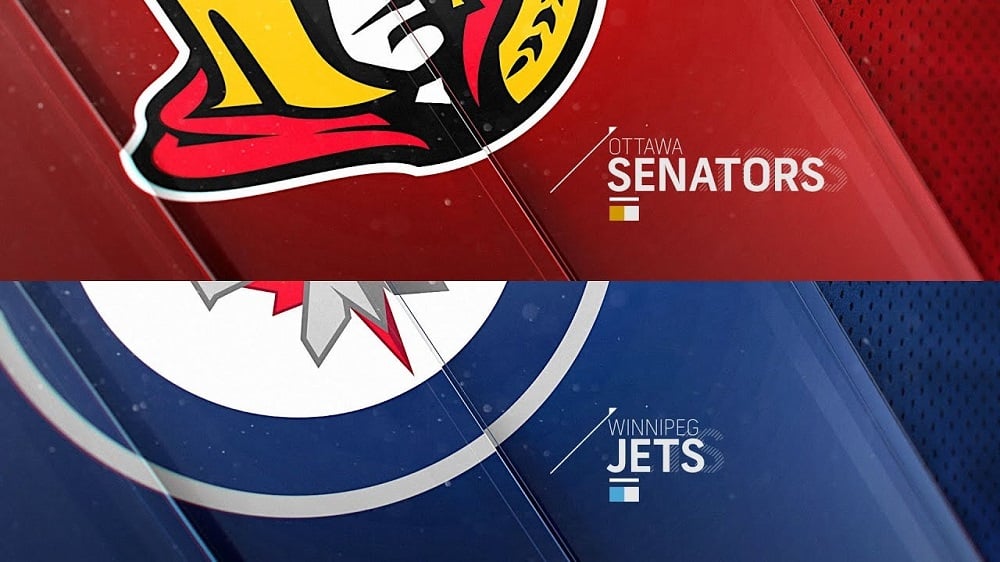 The Ottawa Senators will be looking for their second straight victory over the Winnipeg Jets when these teams square off on Wednesday. Ottawa beat Winnipeg on Monday, 4-2.

Here you can find the best picks, news, and stats for this North Division battle at the Canadian Tire Centre. Winnipeg is the favorite at -169. This according to PointsBet Sportsbook, which puts the odds for Ottawa at +150 as the underdog.

Winnipeg lost a pair of defensemen over the last couple of days, including Nathan Beaulieu and Jordie Benn. Ottawa will be without left wing Austin Watson until later this month. No. 1 goaltender Matt Murray is still out indefinitely.

Winnipeg scored the first two goals of the game, then watched Ottawa respond with four unanswered goals on their way to a 4-2 victory. Kyle Connor and Nikolaj Ehlers each had a goal for the Jets. Connor Hellebuyck stopped 20 of 24 shots.

Winnipeg is sixth in the NHL at 3.24 goals per game and is fifth in shooting percentage at 10.9%. They are third on the power-play at 25.6%. Connor is the team leader in goals with 19 while Ehlers is second with 18. Mark Scheifele is the team leader in points with 48, recording 33 assists which also leads the team.

Brady Tkachuk scored two goals, including the first and last of the contest for Ottawa in their 4-2 victory. Connor Brown and Evgenil Dadonov also recorded goals for the Senators. Anton Forsberg was solid, stopping 24 of 26 shots.

Ottawa is last in the NHL in goals allowed per game at 3.72 and is 25th in penalty killing it 76.3%. It would not be surprising to see Forsberg back in goal. He is 2-3-1 with a 3.18 GAA and a .910 save percentage. Forsberg has been fairly inconsistent over his last five starts, allowing two goals in two of his starts, but a combined total of 12 in the other three.

The Senators are 21st in scoring at 2.65 goals per game and are 26th in shooting percentage at 8.5%. They are 26th on the power-play at 15.8%. Tkachuk now leads the team with 14 goals and 26 points. Thomas Chabot is tied for the team lead in points with 26 and leads Ottawa with 22 assists.

Despite the victory by Ottawa, this has been a series dominated by Winnipeg of late. They are 7-2 in the last nine meetings, including 5-2 in the last seven meetings in Ottawa. In addition, before the loss, Winnipeg was 3-0-1 in their last four games and they are 14-8-1 on the road while Ottawa is 9-9-4 at home.

An inconsistent goaltender for Ottawa and Hellebuyck got touched up in his last outing against Ottawa and I think you have a remedy for going over in this contest. Plus, these teams have gone over in seven of the last 12 meetings between them. The one challenge about this game is that the total is set at 6.0. That really makes me want to lean on the push but, if that is not an option, take the over.