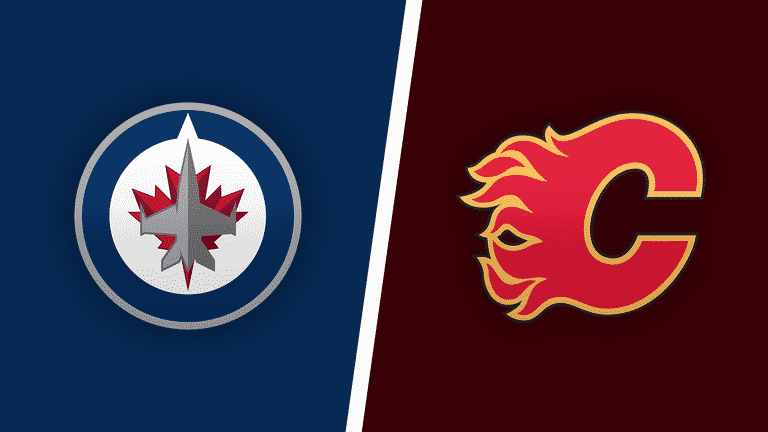 The Calgary Flames look to snap a three-game losing streak when they face the Winnipeg Jets on Friday. Calgary defeated Winnipeg the last time these two teams met, 3-2. That was back on February 9.

Here you can find the best picks, news, and stats for this North Division battle at the Scotiabank Saddledome. Calgary is the favorite at -125. This according to PointsBet Sportsbook, which puts the odds for Winnipeg at +105 as the underdog.

Brett Ritchie was lost for Calgary in their last contest and is listed as questionable for Friday’s game.

The Winnipeg Jets (20-11-2) took two games from the Vancouver Canucks, completing the sweep with a 5-1 victory on Wednesday. Connor Hellebuyck stopped 38 of 39 shots and Andrew Copp scored a career-high four goals.

Winnipeg is eighth in the NHL in goals per game at 3.30. The Jets are sixth on the power-play at 26.9%. Mark Scheifele had a goal against Vancouver and now leads the team with 39 points. Copp’s four-goal performance moved him into a fourth-place tie on the team with 10 goals. He has 25 points.

Jacob Markstrom stopped 28 of 30 shots, but it was not enough as Ottawa defeated Calgary, 3-1. Mark Giordano had the only goal of the game for the Flames.

Calgary is averaging 2.59 goals per game. They are 18th on the power-play at 19.7%. Elias Lindholm leads the team with 28 points. He is also the team leader in assist with 20. Johnny Gaudreau is the leading goal scorer with 13 and is second on the team with 25 points.

I understand that the Jets are flying high with two consecutive victories, but I like Calgary at home. They are 8-5-1 at home and have played very well when they are the favorite. Both Markstrom and Hellebuyck are playing well, and so I give the edge to the team in a little bit more of a desperation mode. The Flames have won eight of the last 10 meetings between these teams and Calgary.