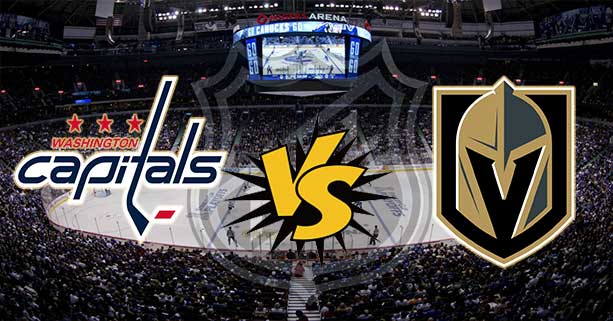 Squaring off for the final time this year, the Washington Capitals and the Vegas Golden Knights meet at T-Mobile Arena. This East-West matchup gets started at 6 p.m. ET on Monday, February 17, and it’s being televised live on AT&T SportsNet Rocky Mountain.

Washington (+115) is currently the underdog to Vegas (-135), and the oddsmakers have set the Over/Under (O/U) at 7 goals. The line for betting that total stands at -105 for the over and -115 for the under at William Hill NJ Sportsbook.

Washington has converted on 20.5 percent of its power play chances this season, a mark that’s right around league average. Its penalty kill is ranked sixth overall, and it has successfully killed off 83.7 percent of all penalties.

Washington, as a collective unit, has been penalized 4.2 times per game this season, and 3.6 per game over its last five road outings. The team has been forced to stave off opponent power plays 8.8 minutes per game over their last five outings.

Averaging 25.4 saves per game with a .897 save percentage, Braden Holtby (22-18-4) has been the primary option in goal for Washington this year. If head coach Todd Reirden decides to rest him, however, Washington may turn to Ilya Samsonov (16-7-1 record, .917 save percentage, 2.38 goals against average).

The visiting Capitals have relied on John Carlson and Alex Ovechkin this year. Carlson has 69 points via 15 goals and 54 assists, and has recorded multiple points 23 times. Ovechkin has 40 goals and 17 assists to his credit (and has notched at least one point in 33 games).

Vegas is 30-30 straight up (SU) and has lost 15.5 units for moneyline bettors thus far. Through 60 regular season matches, 30 of its games have gone over the total, while 26 have gone under and just four have pushed. It’s 16-14 SU as the home team this year.

Vegas has converted on 21.8 percent of its power play opportunities this year, a figure that’s good enough for 10th-best in the league. On the other hand, its penalty kill is ranked 21st overall, and it’s successfully killed off 78.3 percent of all penalties.

Marc-Andre Fleury (26.2 saves per game) has been the primary netminder in goal for Vegas. Fleury has 22 wins, 20 losses, and five overtime losses to his name and has recorded a poor .905 save percentage and 2.80 goals against average this season.

The Knights will be led on offense by Mark Stone (20 goals, 37 assists).

Vegas is 3-2 in games decided by a shootout this season while Washington is 3-2 in shootouts.