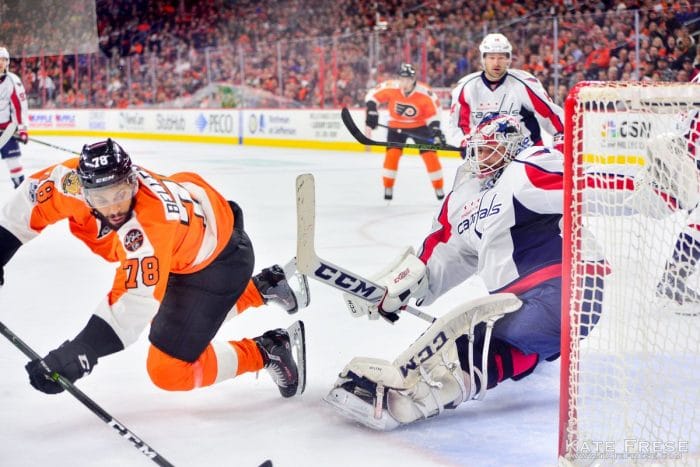 Alex Ovechkin, John Carlson, and the Washington Capitals will face off against Travis Konecny, Oskar Lindblom, and the Philadelphia Flyers at the Wells Fargo Center for a Metropolitan Division matchup. The opening face-off is at 7:30 p.m. ET on Wednesday, November 13, and fans at home are able to catch it live on NBC Sports Network.

Washington is 13-6 straight up (SU) and has netted 5.3 units for moneyline bettors this year. Through 19 regular season matches, 14 of its games have gone over the total, while five have gone under and none have pushed. This 2019-20 Capitals team is 8-2 SU on the road.

Washington has converted on 23.9 percent of its power play opportunities this year, a figure that’s good enough for seventh-best in the league. On the other hand, it has the seventh-strongest penalty kill in the league, and it has successfully killed off 85.5 percent of its penalties..

Boasting a .898 save percentage and 27.2 saves per game, Braden Holtby (8-5-3) has been the best option in goal for Washington this year. If head coach Todd Reirden decides to rest him, however, Washington could turn to Ilya Samsonov (5-2-1 record, .915 save percentage, 2.45 goals against average).

On the other side of the ice, Philadelphia is 10-7 straight up (SU) and has netted moneyline bettors 3.5 units this season. Through 17 regular season contests, nine of its games have gone under the total, while eight have gone over and none have pushed. It’s 6-2 SU at home this season.

The Flyers have converted on just 21.5 percent of their power play chances this season, a figure that’s right around league average. On the other hand, its penalty kill is ranked seventh overall, and it’s successfully killed off 85.4 percent of all opponent power plays.

Carter Hart has denied 19.8 shots per game as the top netminder in the crease for the Flyers. Hart has six wins, five losses, and one overtime loss and has registered a mediocre 2.71 goals against average and a fairly-weak .893 save percentage this year.

The Flyers (3-2 in shootouts this season) has more experience in games decided by shootout. The Capitals has only participated in two shootouts this year, winning one and losing the other.

Over Washington’s last ten games, five of them have been decided by two or more goals (the team is 5-0 in those games).

Washington skaters have given out the league’s 11th-most hits per game (22.6), but the team’s averaged just 18.0 hits over their last five away games.